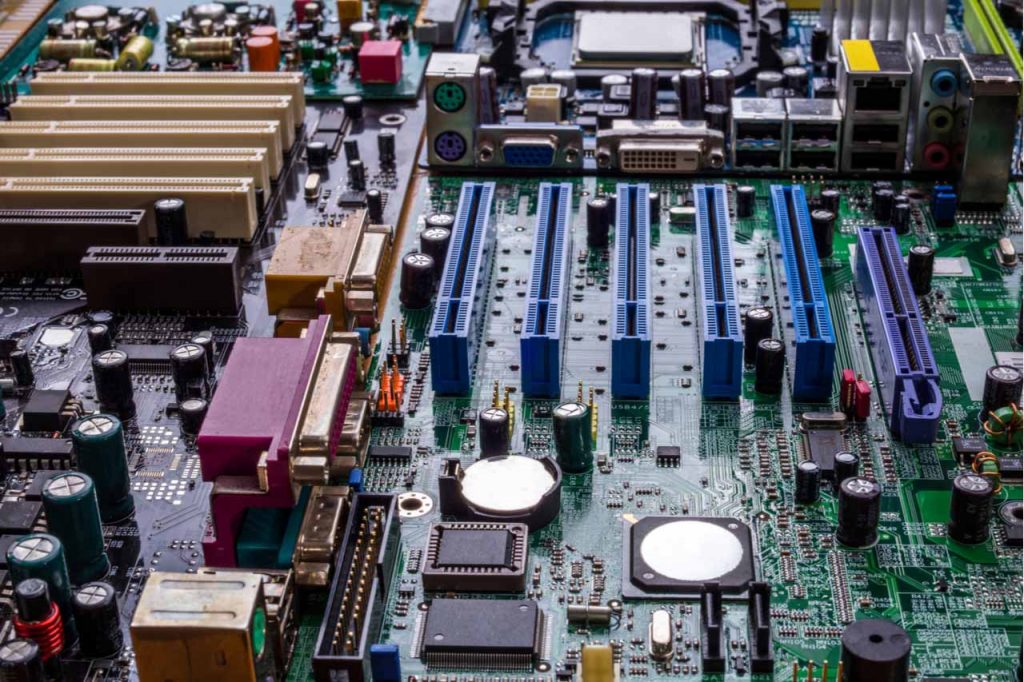 Two e-scrap firms commented on business conditions during a recent webinar hosted by the Institute of Scrap Recycling Industries. | DimiSotirov/Shutterstock

During a recent virtual meeting of e-scrap stakeholders, speakers offered a micro and macro look at how the coronavirus pandemic is affecting the world of electronics recovery.

The discussion was hosted by the Institute of Scrap Recycling Industries (ISRI) electronics division. It featured Adam Shine of Sunnking and Craig Boswell of HOBI International. Other speakers included Rike Sandlin of consulting firm Rivervista Partners and Tony Smith of ISRI.

Shine offered a look at how the pandemic has continued to disrupt and shift business operations. He discussed workforce reductions, material quantity shifts and possible opportunities arising from pandemic trends.

“There was definitely panic” when COVID-19 began to hit the U.S. around March, said Shine, who previously discussed some early pandemic impacts to his business.

One of the most immediate impacts was the need to create a workplace in which employees felt safe, Shine said. That meant implementing measures such as staggered start times and a time clock that allows employees to clock in via a smartphone app. Sunnking also staggered lunches and other gatherings to reduce the number of employees in the same place at any time.

The company made similar changes on the warehouse floor. For example, in the company’s CRT processing area, employees formerly worked about two feet apart, so they could easily slide devices to the next person on the processing line for further dismantling.

But to accommodate social distancing, the company had to move employees farther apart and either come up with other ways to move the devices between workstations or consolidate processing tasks so that one worker performs all steps.

“It’s been very tough from a productivity perspective to deal with the new normal,” Shine said.

Other new measures included asking each employee as they come in the door whether they have COVID-19 symptoms or have been exposed to the virus. Sunnking also purchased equipment that detects a person’s temperature optically. The company faced higher expenses as it sought to buy more personal protective equipment (PPE) for employees.

As the weeks stretched on, Sunnking, like many processors, saw decreases in the amount of material coming through the door. Lower inbound quantities meant there was less material to process, and the volume and operational impacts ultimately required staff reductions.

“I never have had to in my career think about laying a number of people off,” Shine said. “But at the end of the day, you’re responsible to do whatever you have to do to keep the business alive and thriving and have a place for people to return to.”

Sunnking ultimately had to furlough 39 full-time employees and 17 temporary workers, mostly on the recycling side. The refurbishment and reuse side of the business remained fairly healthy and even saw spikes in business as people scrambled to set up home office spaces.

Since those furloughs, however, Sunnking has been able to bring back 20 of the 39 full-time positions that were temporarily eliminated. And the company has seen a bit of an uptick in the amount of inbound material in recent weeks, Shine said. Most of that bounceback has been on the residential side, rather than the business-to-business ITAD stream.

“I think if all things remain equal, we’re probably going to be down overall for the year about 30%, is my current forecast,” Shine said. “Not ideal, certainly.”

Despite all the negative impacts, the disruption in normal business also brought a few positive discussions at Sunnking. The disruption has provided an opportunity for reflection on the business, how it operates and where it is headed in the future, Shine said. The situation provides the chance to restrategize and consider whether things that mattered pre-pandemic still carry the same weight.

He also noted e-scrap firms can adapt to meet needs created during the pandemic. Sunnking, for example, registered several websites geared toward bringing in devices consumers are looking to offload once they are no longer working at home.

“Use your additional time to consider how the business may change and what the best way is to capture new market share,” Shine said.

Boswell of HOBI International offered a look at the economic trends that could impact the ITAD world. He noted the outlook is mostly negative but also pointed out it is virtually impossible to predict how exactly the economy will shake out right now.

HOBI International is a mobile device-focused processor with facilities in Batavia, Ill., Dallas and Phoenix.

Market research firm International Data Corporation (IDC) is predicting a significant contraction in IT spending during the upcoming year, and that follows an already substantial downturn in PC shipments in early 2020. It’s the biggest downturn since 2013, Boswell said.

“There are companies that are in serious financial trouble, and therefore one of the first things to go is planned capital expenditures,” Boswell said.

Some sectors of the economy have seen demand increases, he noted, particularly the cloud sector. Virtual meetings and other web events create demand for cloud space, and these services are being used like never before.

“There’s potential for some expansion there,” he said. But the negative forces that are postponing planned capital expenditures could offset that potential benefit to the ITAD sector, Boswell explained.

Mobile device sales are also trending down, with analysts predicting an overall lower year, Boswell said. Additionally, the pandemic’s impact on the education realm has translated to another hit to the ITAD world. Now is generally the time of year school districts look at upgrading equipment, Boswell noted, but that process is far more complex this year.

School districts are concerned about swapping out devices, not wanting to risk spreading COVID-19 or create situations where people have to come into close contact. They are also concerned about increased costs from having to retire assets under new protocols, such as having one person at a time scheduled to remove devices.

“A lot of those upgrades look like they’re going to be put off and we’re not necessarily going to see the volume,” Boswell said, adding that in some areas of the country, school closures may be extended into the fall. “Those could be put off even further.”

Similar to Sunnking’s experience, Boswell said residential collection volumes are seeing some recovery as quarantine orders get lifted around the country. How that trend plays out largely depends on how the economy recovers, Boswell noted.

Long story short: It’s going to be a rocky road for the foreseeable future, and simply staying in business may be the best thing for companies to hope for in the short term.

“We are anticipating that 2020 might be survival mode all the way through the fourth quarter, potentially,” Boswell said.