In My Opinion: Can North America catch up on rare earths?

Rare earth elements (REE) are used in many devices that people use every day, including mobile phones, catalytic converters, magnets, fluorescent lighting, computer memory, DVDs, rechargeable batteries, and much more.

China produces more than 90% of the world’s REE, and its dominance in the sector is forcing users of these metals to look for alternative sources

Rare earths are not rare as their name might imply and, in fact, have abundancies in the Earth’s crust that range from as high as that of copper, cobalt and lithium and to as low as that of tin. They are much more abundant than gold, silver and platinum. The challenge in REE is the difficulty of separating them into single elements of high purity due to their chemical similarities, hence the term “rare.” 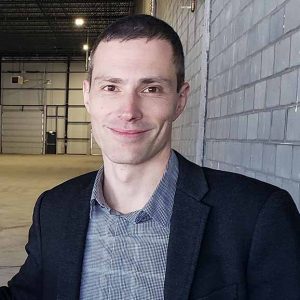 From 2008 to 2012, as REE prices skyrocketed, many junior mining companies prioritized REE exploration. The problem was that there were no major mining companies looking to buy them. As a mining analyst at the time, I learned that few people understood the fundamentals of REE mining, with most unsuspecting investors unaware of this challenge.

What did China do at this time to take advantage of this shortfall? They reduced domestic mining, increased domestic processing (with special tax incentives built in) and even became the global leader in rare earth recycling. China grew REE recycling as the rest of the world said that prices were too low to bother.

Today, the world is finally starting to understand that REE are not about the mines, although they are still important, but the “secret sauce” is their transformation. Rare earth metals are among the most difficult elements to process and the hardest to do without. They rank at the top of all lists of critical materials today, but there are major technical and environmental challenges associated with rare earths extraction from ore, separation, metal and magnet making and recycling.

When it comes to recycling, what is the most sought-after REE-related product? It’s magnets, which use a considerable number of rare earth elements.

Twenty years ago, China was behind in the quality of their magnet-making. Today, China’s magnets are top quality and few other countries can compete. That’s because the know-how slowly left the Western world and the high cost of bringing back that infrastructure, together with the cost of operation and environmental permitting, make it nearly impossible.

With REE, China is always a step ahead, with dominance since the turn of the century and wielding an even stronger grip in 2020. China played the price bubble to its advantage to source new raw materials while it preserved its domestic supply. Since then, China’s knowledge and expertise in the entire downstream sector has become more advanced as Europe, Canada, the United States and Australia put hundreds of millions of dollars into reinventing what China had already perfected.

Today, for the first time, we are seeing the United States government take a page from China’s book by proposing the Onshoring Rare Earths Act (ORE Act). Introduced in April 2019, the bill was sponsored by Sen. Joe Manchin, D-W.Va., and co-sponsored by Sens. Shelley Moore Capito, R-W.Va., and Lisa Murkowski, R-Alaska.

The goal of the legislation is to end Chinese control over the American supply chain of critical materials necessary for battery materials by subsidizing locally produced REE and REE-containing products. It’s a battle between the world’s two largest economies and it’s all about who has the bigger guns, or the one who is willing to spend the money to win the fight.

The United States tried to win with academia-driven research five years ago, but that didn’t do much to stimulate the sector. This time, it looks different as the government cannot afford to stop half way. The United States is also able to turn to Canada, which can help with its own natural resources and, most importantly, the clean and low-cost energy from hydropower, which is vital for energy-hungry REE transformation and recycling projects.

How does my company, Geomega Resources, fit into the rare earths recycling cycle? Geomega uses chemical processing to extract and produce purified rare earth oxides that are otherwise trapped in magnets. The magnet cannot be directly reused, because often the shape, size, coating and magnetic specifications will be hard to match to a specific application. Geomega’s process allows us to recover the rare earths and to ship them to metal and magnet manufacturers that will be able to make new products to the specifications of the end users.

Although magnets are found in many consumer electronics, the primary ones that are being targeted for REE recycling are speakers, phones and hard drives. With speakers and hard drives, the magnets are a large enough size that they can be disassembled and removed. With phones, the magnets are located in several sections and phone companies are setting up return programs where phones are taken down into parts, which can then be recycled.

Geomega does not handle e-waste directly. We work with e-waste recycling companies that do not have viable buyers of their magnet stream from their factories, and, instead, are allowing the magnets to get mixed with the metal scrap. Our approach allows the commodity to be recycled instead of diluted with metal in the steel recycling process. In terms of electric appliances, washing machines, microwaves and small electric motors are collected by several recycling groups, but they do not extract the magnets because they do not have a buyer for that stream.

China’s production of critical minerals from raw materials has come at a high cost to the environment. Now e-waste is being recycled using the same polluting technologies. It is important to provide a cleaner solution to both primary ores and recycling. Just because recycling is helping to avoid unnecessary mining, it doesn’t mean that we need to recycle using an old, dirty process that harms the environment.

It’s been 10 years since the first REE crisis and the problem is far from resolved, but the first few seeds signal promise, and we may finally see a flower grow.

Kiril Mugerman is president and CEO of Geomega Resources, a rare earth clean technologies developer for mining and recycling based in Montreal. He can be reached at [email protected]