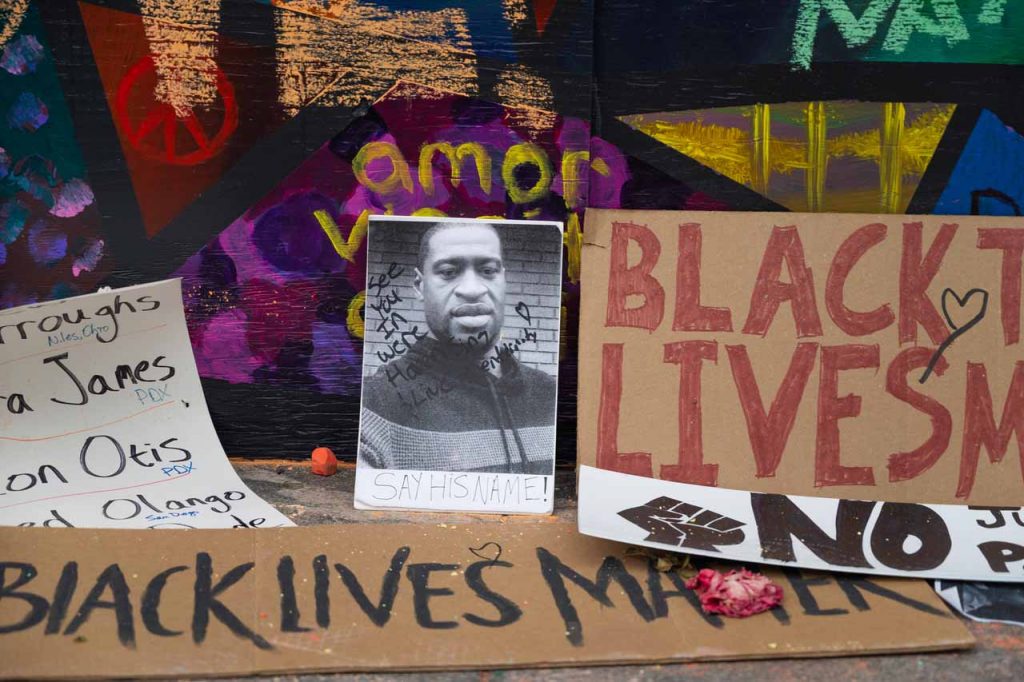 Many recycling-related organizations have spoken out in the weeks following the May 25 death of George Floyd. | Anton27/Shutterstock

E-scrap processors, ITAD firms, OEMs and other recycling stakeholders are joining the call to oppose racism and work for systemic change.

Many recycling-related organizations have spoken out in the weeks following the May 25 death of George Floyd, a black man who died as a Minneapolis police officer knelt on his neck for more than eight minutes. Protests calling for police reform and racial justice have taken place around the country and world in recent weeks.

Processing giant Sims Lifecycle Services issued a statement noting that “to be silent is to be complicit.”

“We must all speak out and act against racism and injustice of all kinds,” the company wrote, adding a call to “embrace diversity, act inclusively, support equality.”

“There is no limit to what we can accomplish together,” the company stated.

The senior leadership team at Best Buy wrote about Floyd’s death, noting that it took place only miles from where many of the company officials live. Best Buy is headquartered in Richfield, Minn., a Minneapolis suburb.

“As cars and people passed by, unaware that a man was struggling to breathe as another’s knee was on his neck, our state and country witnessed yet another example of how the life of an African American man, woman, boy or girl is fundamentally different from their white friends, neighbors and colleagues,” the team wrote.

The statement referenced several other recent high-profile examples of racism and violence against black Americans, and it called for readers to imagine such actions being committed against a friend or colleague.

“Only then, in our view, do we begin to internalize how terrifying life can be for the black father or mother who must regularly remind their children what to do when facing a situation like this,” the team wrote. “Or what it must feel like for those same parents to know that they, too, could be facing it themselves.”

The statement added that Best Buy will continue to invest resources and time in diversity and inclusion.

Processor ERI responded and expressed support for the message from Best Buy.

“As an organization, Ingram Micro will continue to stand for equality, physical and psychological safety, courage and respect,” the company wrote, asking that its associates, vendors, resellers and other partners join the company in these efforts.

Canadian processor Greentec expressed sadness by the deaths “as a result of the prejudice and anti-Black racism that continues to exist in our world.”

“We stand with our Black brothers and sisters who continue to experience anti-Black racism and discrimination each and every day,” the company continued. “We recognize that it’s time for change and we must all do our part.”

Greentec asked its followers to recommend black-led organizations that could benefit from device donations, and it also asked supporters to donate to a local Black Lives Matter community solidarity fund.

Perry Johnson Registrars, which certifies electronics recycling firms, issued a statement explaining that the company is “committed to making the workplace a welcoming place for all.”

The company, which has more than 1,000 employees in 12 countries, is “dedicated to upholding the virtues of diversity, equal opportunity and respect,” the statement added, noting that “discrimination has no place” in the company.

Dell Technologies CEO Michael Dell wrote in a letter to employees that “the murder of George Floyd is an atrocity.”

“We all stand in horror, grieving as a nation alongside his family and his community,” Dell continued. “To see a man killed, a life ended cruelly and senselessly is something that will haunt me forever. But for people of color in communities all over this country and around the world – that footage is not a surprise, it is all too familiar.”

Dell wrote that he spent time with a group of black team members at Dell, listening to how the company could ensure its employees feel safe and valued.

“The main thing I heard was we need to create space for tough conversations, have greater leadership accountability and take actions that drive positive socio-economic change for communities of color,” he wrote.

He called for additional stakeholders to get involved, noting that “for all the work we do within our own company, there will never be true justice or equality until we root out the rotten underbelly of racism that is eating away at the most cherished values we hold dear.”

Apple CEO Tim Cook said the country must “stand together, we must stand up for one another, and recognize the fear, hurt, and outrage rightly provoked by the senseless killing of George Floyd and a much longer history of racism.”

He said Apple has “always drawn strength from diversity, welcomed people from every walk of life to our stores around the world, and strived to build an Apple that is inclusive of everyone.” But he acknowledged the company must do more.

“This is a moment when many people may want nothing more than a return to normalcy, or to a status quo that is only comfortable if we avert our gaze from injustice,” Cook wrote. “As difficult as it may be to admit, that desire is itself a sign of privilege. George Floyd’s death is shocking and tragic proof that we must aim far higher than a ‘normal’ future, and build one that lives up to the highest ideals of equality and justice.”