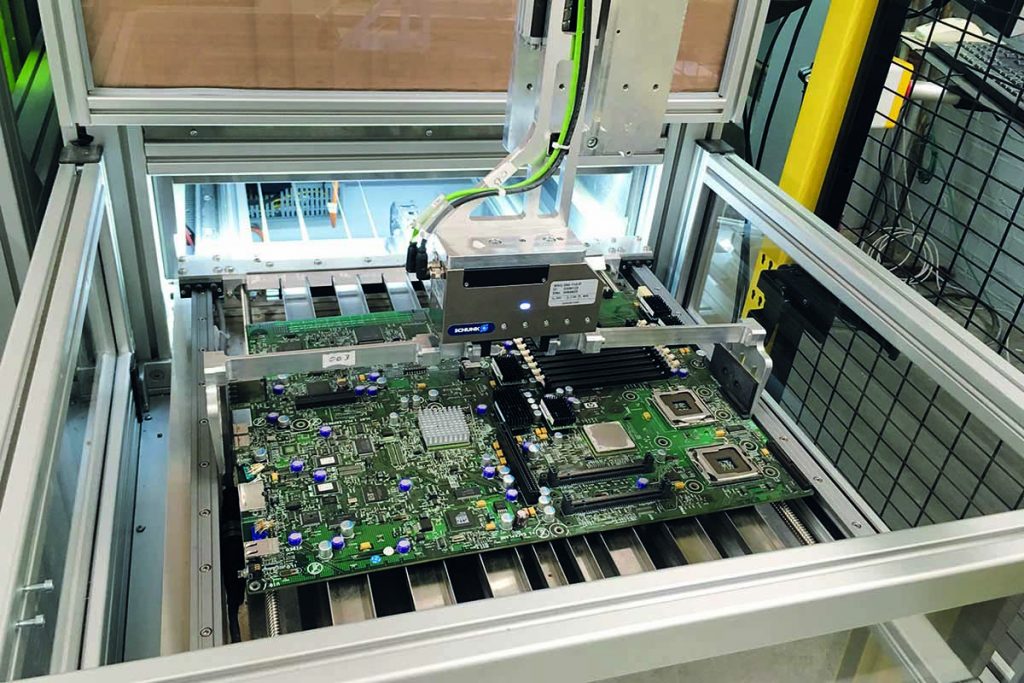 The research project focused on recovering cobalt, tantalum, neodymium, tungsten and gallium, materials that were chosen due to their relative scarcity and cost. | Courtesy of the Fraunhofer Institute for Laser Technology.

A four-year research project has developed an automated system that uses lasers to identify and remove components while dismantling electronics.

The project, titled “Automated disassembly, separation and recovery of valuable materials from electronic equipment” (ADIR), resulted in a recycling system capable of recovering key metals from e-scrap. Led by the Fraunhofer Institute in Germany, the ADIR project ran from 2015 through the end of 2019.

“The project revolves around automated, flexible processes designed to disassemble electronic devices to selectively extract valuable component parts at the end of their useful life,” the Fraunhofer Institute wrote last month in a release detailing the results. “The disassembly plant relies on an intelligent combination of laser technology, robotics, vision systems and information technology.”

The disassembly process was demonstrated at multiple events in March, when it was used to dismantle 1,000 mobile phones and more than 800 PCBs from computers.

Lasers play a key role in the process, the project team wrote, “performing tasks such as identifying what each component consists of and desoldering or cutting components out of the board in a fast, non-contact process.”

The Fraunhofer Institute said the procedure, which is patented, is an “efficient means of recovering strategically important materials of high economic value on an industrial scale.”

The researchers focused particularly on recovering cobalt, tantalum, neodymium, tungsten and gallium, materials that were chosen due to their relative scarcity and cost, as well as their prevalence in devices.

The project had a total budget of 6.6 million euros ($7.2 million), the bulk of which was funded through a European Union grant program.