ITAD processors try to hold on amid COVID-19 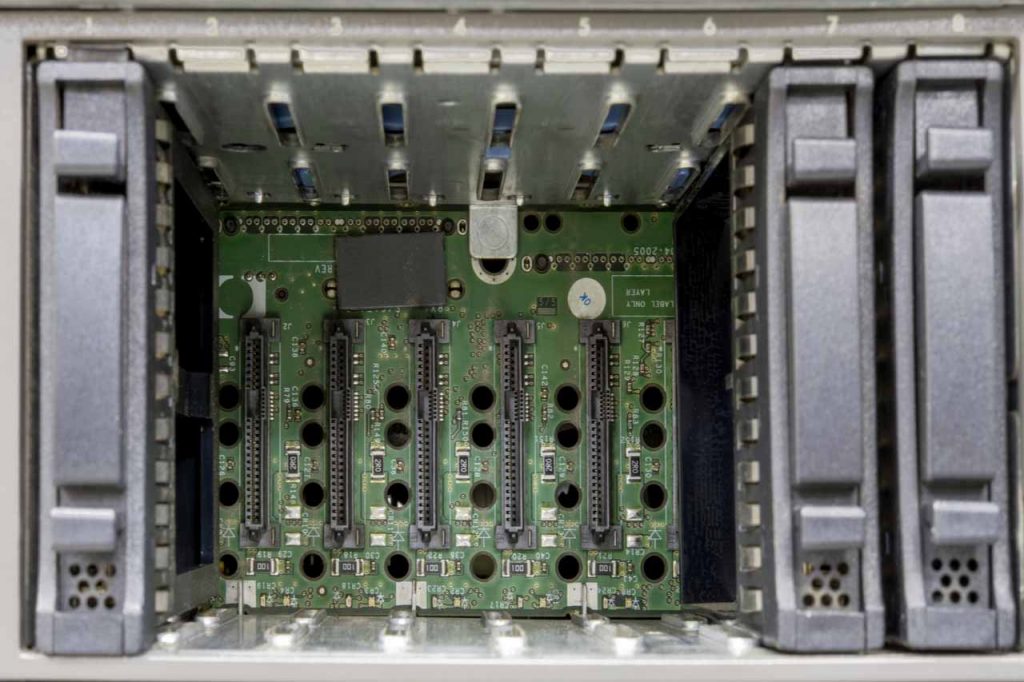 In the midst of coronavirus-related closures, ITAD companies are reporting decreases of up to 75% in the flow of used IT equipment from corporate accounts and other organizations. | Zhuravlev Andrey/Shutterstock

At enterprises across North America, IT asset refresh projects are no longer a top priority. That has meant major volume drops for material processors, as well as painful staffing cuts in some cases.

For example, Southern California processor Cal Micro Recycling was forced to lay off half its workforce recently.

“That day was the worst day of my life,” said Roy Dann, founder and CEO of Cal Micro Recycling and its CRT-recycling-focused sister company, GLS Group. These days, his goal isn’t to turn a profit but to keep his remaining workers employed and safe.

With the coronavirus pandemic keeping offices and other businesses closed everywhere, ITAD companies are reporting decreases of up to 75% in the flow of used IT equipment from corporate accounts and other organizations. The trend has also been acutely felt by companies that recycle household electronics.

Some ITAD operators report they have been buoyed by the continued flow of electronics from essential service providers, such as health care companies, but they are still having to adapt to operating environment challenges.

Even as they feel temporary shocks, however, many companies are keeping an eye toward the eventual recovery.

The impact of decreased collections

Zegers said that 75% of his company’s workers are warehouse workers, and if there is a material shortage, they can’t work. “The volume coming in the door – that’s the biggest hurdle right now,” he said.

His company works with clients on a “box program,” through which employees working remotely can mail in their old equipment to Ingram Micro. This is an increasingly important avenue for getting material, Zegers said.

For Cal Micro, which is based in Ontario, Calif., the downturn has been “a huge hit,” Dann said. The company has a public drop-off area, but about 99% of the material it handles comes from government agencies, school districts, nonprofit groups and businesses.

Because of widespread closures, Cal Micro’s incoming volume has dropped to roughly 35% of what it used to be, he estimated.

The business slowdown has meant laying off half the staff, talking to the landlord to seek relief and looking at government business assistance, he said. That being said, Cal Micro Recycling is not in a desperate place, he said.

Dann noted his concern has been for the health of his current and former employees, as well as health care workers in the community. His operation has taken myriad steps to keep workplaces safe, and his staff has been actively calling laid-off employees to see if they need anything, as well. He has been donating personal protective equipment, including masks, goggles and full-body hazmat suits to hospitals.

“We’re focused more on doing what’s good for society now and less worried about the profitability of the business,” he said.

In Canada, Quantum Lifecycle Partners, a processor handling both household and organizational material, has remained open but has experienced a 40% to 80% drop in volume, depending on the region and vertical, said Clayton Miller, the company’s vice president of end-of-life sales.

“On the commercial side, we are actually pretty busy on the ITAD front in light of everyone trying to work from home,” Miller said. “That will die down eventually and we’re already seeing that. Normal day-to-day pickups are pretty much all frozen.”

In the Midwest, Sadoff E-Recycling and Data Destruction experienced big drops in incoming volumes from certain sectors in March, although the numbers year-over-year are up because the company is still in growth mode, said Jason Lasky, executive vice president at parent company Sadoff Iron and Metal and manager of the electronics recycling business.

Sadoff E-Recycling and Data Destruction has electronics processing facilities in Oshkosh, Wis., and La Vista, Neb. (near Omaha). Most of its electronics comes from organizations, as opposed to households.

Other e-scrap companies have been sending his company material for processing, which has helped fill the volume gap. “The dealers are helping each other at this point, which I think is helpful,” he said.

So far, his company has been able to avoid staff cuts, he said.

“We are asking [customers], ‘Do you have the storage where this can wait?'” Neil Peters-Michaud, Cascade Asset Management

Elsewhere in the region, Cascade Asset Management, which has facilities in Madison, Wis., and Indianapolis, reports the drop in supply hasn’t presented a major problem.

“We had pretty good stockpiling going into this,” Cascade CEO Neil Peters-Michaud said during the April 7 e-Stewards webinar. Also, slower supply balances with the fact that workers have needed to stay home for childcare and other reasons. Of the ITAD company’s 90 employees, about a third are working from home.

The company is trying to work with clients to only service those that absolutely need it.

“We are asking [customers], ‘Do you have the storage where this can wait?'” Peters-Michaud said. 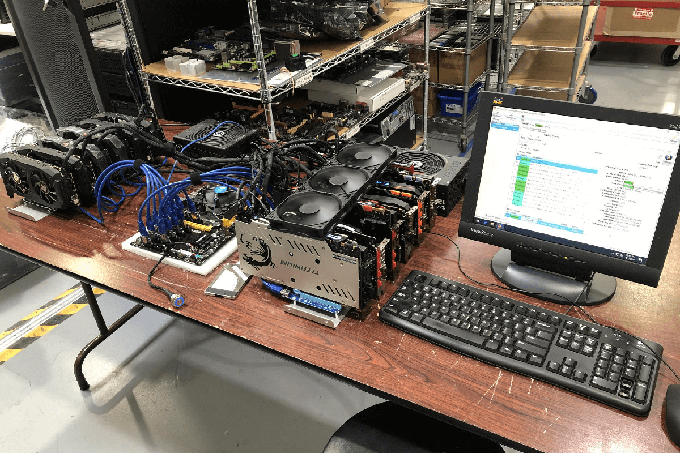 Exit Technologies is using spare equipment to help power the [email protected] project supercomputer, which is assisting development of a coronavirus treatment by simulating the dynamics of the virus’ proteins. | Courtesy of Exit Technologies.

Providing service in the epicenter

Jeremy Schaller of Naples, Fla.-headquartered ITAD company Exit Technologies estimated his company has experienced a roughly 25% drop in the company’s incoming volume. He noted that a number of the largest data center hubs are located in areas heavily hit by the virus.

“For example, New York constitutes a very significant portion of our business, and we’re having trouble getting any data center assets out of New York at the moment. Oregon is another one, in particular,” said Schaller, who is an industry analyst and public relations manager for Exit Technologies.

Exit Technologies is still fully operational, as are many other recyclers, he noted. But the flow of used electronics has slowed for several reasons.

Businesses that produce IT equipment are either closed or are only fulfilling key functions, pushing side projects, such as getting rid of unneeded equipment, to the bottom of the to-do list, he said. Data center IT employees are preoccupied with addressing the vulnerabilities of having a wholly remote workforce, he said, pointing to security vulnerabilities in Zoom video conferencing software.

“But I think even if security wasn’t such an issue, the massive strain that is being placed on data centers right now would be enough to sideline ITAD,” Schaller said. “People are consuming more content online and in general, the number of workloads has skyrocketed.”

“New York constitutes a very significant portion of our business, and we’re having trouble getting any data center assets out of New York at the moment. Oregon is another one.” – Jeremy Schaller, Exit Technologies

Another factor is the complicated nature of moving equipment from Point A to Point B right now.

Some states have instituted strict lockdowns, making travel difficult for ITAD company technicians and any contracted logistics company drivers, Schaller said. The New York Times reported on April 6 that multiple states have implemented interstate travel restrictions, including Rhode Island, Florida and Texas. Local governments within states, including New Jersey, have also cracked down on out-of-area drivers. Delaware police are too, according to NJ.com.

Schaller said his company is looking into ways to perform ITAD tasks without having the on-site staff typically needed for larger projects, such as data center decommissions. Meanwhile, Exit Technologies is also lending its spare computing power to the [email protected] project, which is using processing power from people’s computers to create a supercomputer. That computer is simulating the dynamics of coronavirus proteins in the hunt for a virus treatment.

“For people in the IT world with hardware, it’s one of the best ways we can help,” he said.

New York state-based processor EWASTE+ has been able to keep about half of its fleet of 12 trucks moving by serving essential businesses, including hospitals, food distribution companies and others, company President Mike Whyte said.

“Several of our NYC hospital customers are utilizing us to clear out storage areas filled with end-of-life electronics and other equipment to make way for COVID-19 supplies and to increase bed capacity,” Whyte said.

Based in Victor, N.Y. (outside Rochester), the 25-year-old company also has locations in Scotia (outside Albany) and Ossining (near White Plains, closer to New York City). Roughly 75% of its incoming electronics come from organizations and 25% comes from households.

The company’s first-quarter incoming volume was up slightly year over year, buoyed by higher January and February numbers, but March saw a 30% decline year over year, Whyte said.

Many companies expect that once COVID-19 cases subside and the lockdowns lift, a surge of material will likely enter the system.

ITAD industry analyst David Daoud of Compliance Standards recently wrote that some businesses won’t survive the downturn, but those that do will encounter new opportunities from what he called “the rubber-band effect.”

“We’re rotating and reassigning our logistics staff to back-end processing roles to make sure they have plenty of work, because we know, several months down the road, we’re going to be dealing with a tremendous pent-up demand and we’ll be busier than ever.” – Mike Whyte, EWASTE+

For EWASTE+ of New York, the crisis has meant new roles for some of its 120 employees. The job-reassignment goal is to be ready to serve future demand.

“We’re rotating and reassigning our logistics staff to back-end processing roles to make sure they have plenty of work, because we know, several months down the road, we’re going to be dealing with a tremendous pent-up demand and we’ll be busier than ever,” Whyte said. “Disruption creates opportunity and we’re going to make sure we’re ready to go on the other side of this pandemic.”

Others have noted the swell of used electronics could bring downsides.

Zegers of Ingram Micro said he worries about a huge surge in material coming in September or so. This could send values down quickly and also make it hard to have enough staff to handle it all. “I would rather see a gradual curve of people release this material over time,” he said.

Having some forecast of when more material is going to show up is important because a company manager needs to make sure workers are ready to handle it all, he noted. “If you get a bunch all at once, you can end up with a backlog and customers get upset,” he said.

Peters-Michaud of Cascade Asset Management said his company is trying to maintain close contacts with customers so that it can plan for disposition projects that might be coming.

“As soon as you know you’re going to do work, let’s get you on schedule,” he said he has been telling clients. “There is a worry everyone will ask all at once.”