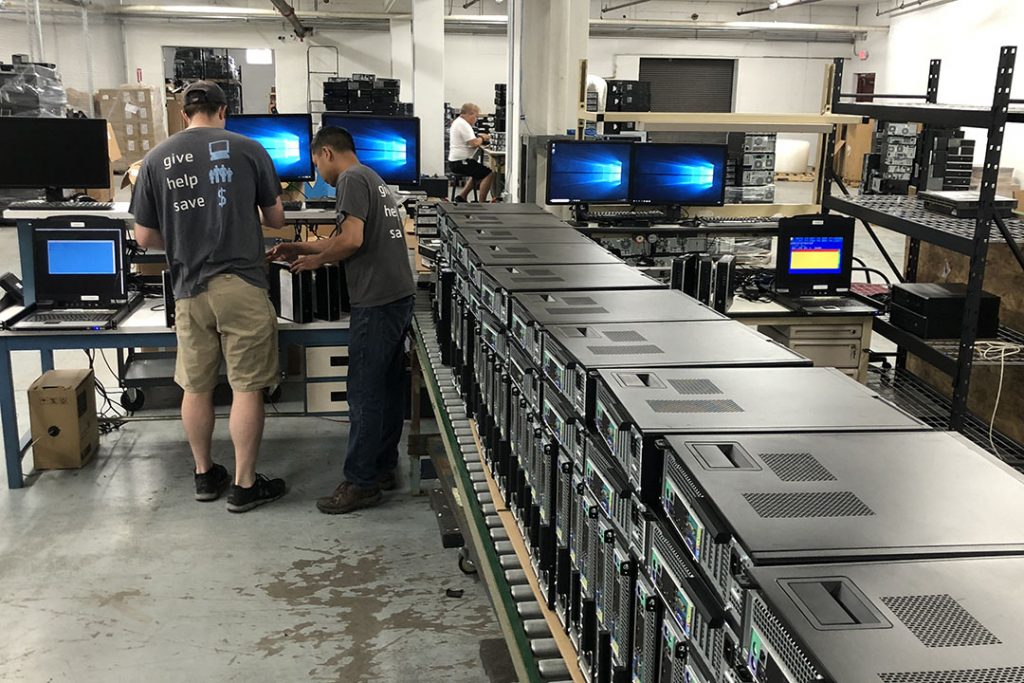 PCs for People, a nonprofit group that performs ITAD services for businesses and provides refurbished computers to low-income people, is growing its processing footprint in three cities.

Casey Sorensen, CEO of PCs for People, spoke with E-Scrap News about the group’s completed, planned and potential processing growth in the following cities:

St. Paul: In April 2019, PCs for People purchased a new 31,000-square-foot space, which recently began operating. The facility, which replaced a 7,000-square-foot processing space, will refurbish an average of about 100 computers a day. Up to 1 million pounds a year of end-of-life electronics will be recycled there, according to the group.

Denver: PCs for People is in the process of leasing a 21,000-square-foot space to replace the existing 7,500-square-foot one, Sorensen said. The new Denver processing facility should be up and running in March or April 2020.

Cleveland: The group plans to launch a 17,000-square-foot processing facility in the next couple of months, he said. The space is located next to PCs for People’s retail store, which opened a year ago. Like its St. Paul and Denver facilities, PCs for People will pursue R2 and NAID certifications for the Cleveland site, Sorensen said.