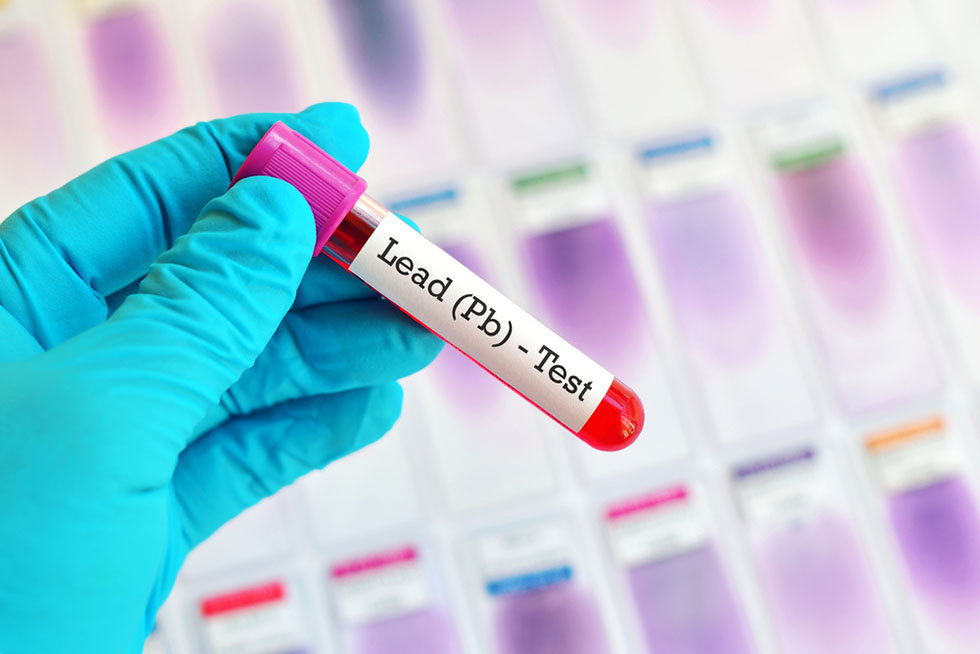 Researchers discovered employees working near an e-scrap shredder had elevated levels of lead in their blood. | Jarun Ontakrai/Shutterstock

Testing at a New England e-scrap facility showed that two employees working near a granulator were being overexposed to airborne silver particles.

That’s according to a September 2019 report from the National Institute for Occupational Safety and Health (NIOSH). Researchers also discovered employees working near an e-scrap shredder had elevated levels of lead in their blood.

NIOSH, part of the Centers for Disease Control and Prevention (CDC), conducted the metals and flame retardant evaluations in March and August 2017 on request of the unnamed New Hampshire processor. At the time, the company had 38 full-time employees working in shipping and receiving, manual device disassembly, shredding and sorting, refurbishing and resale, and office work.

NIOSH staffers collected surface wipe, hand wipe, air, blood and urine samples and tested them for a number of metals and flame retardants. They also reviewed the procedures and programs at the processor.

As far as metals were concerned, NIOSH found that two dismantling employees working near a granulator owned and operated by another company sharing the building were overexposed to silver in the air. However, all other personal air samples for metals were below permissible exposure limits.

NIOSH also found blood from employees in the shredding area had lead above the CDC’s reference levels.

“Air, hand wipe, and biological samples indicated that employees are exposed to flame retardants during work,” the report concludes. “We believe the uptake of flame retardants in the body is potentially hazardous to human health, and continued efforts to minimize exposures should be undertaken.”

Researchers noted a few other issues during their visits, according to the report: Employees wore respirator masks incorrectly, employees were dry sweeping, and the conveyor between the optical sorter and eddy current separator didn’t have an emergency stop pull cord.

The government agency provided a number of suggestions to reduce exposures to metals and flame retardants.

In terms of monitoring and testing, NIOSH recommended future evaluations to see if the employees near the granulator continue to be overexposed to silver. They also suggested performing blood lead level testing for all employees in the shredding building.

As far as reducing exposures, NIOSH urged managers to prohibit dry sweeping in favor of wet cleaning methods or a high-efficiency vacuuming system. They should also provide employees with a lead-removing product for washing their hands, because soap and water aren’t enough.

Finally, the researchers urged the company to include employees near the granulator in a hearing-conservation program and to install an emergency stop pull cord along the conveyor between the optical sorter and eddy current separator.

NIOSH has conducted a number of past evaluations at e-scrap sites, all on request from facility managers.

This past spring, Wisconsin-based ITAD company Cascade Asset Management took the uncommon step of publicly disclosing it underwent evaluation by NIOSH, and the company directed its newsletter readers to the March 2019 report with the results.

NIOSH also issued reports in May 2018 recapping their evaluations at unnamed e-scrap facilities in Ohio and Washington state.

Update: This article has been updated to note that the employees exposed to airborne silver were working near a granulator that was owned and operated by another company sharing the building.