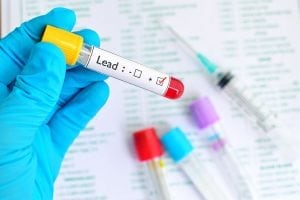 Bathroom doors, a water cooler handle, a refrigerator – their surfaces carried lead, cadmium and other hazardous metals, according to studies at two e-scrap facilities.

The health hazard evaluations, which were conducted by the National Institute for Occupational Safety and Health (NIOSH), also found metals and flame retardants on employees hands, in their bodies and in the air. In many cases, the levels were below occupational limits, but in some, concentrations were above.

“The known over-exposures to lead and cadmium as well as other metals are our primary health concern for the‎ electronic scrap recyclers,” Catherine Beaucham, who was involved in both studies, told E-Scrap News.

And concerns extended beyond worker health.

“We also found metals on employees’ hands immediately before they left work at the end of the day,” according to one report. “Take-home lead can contaminate cars and homes, and potentially expose family members.”

NIOSH, which is part of the Centers for Disease Control and Prevention (CDC), conducted both studies at the request of facility managers, who worried about employee exposure to hazardous metals and flame retardant chemicals. Industrial hygiene testing involved surface testing as well as hand wipes, blood draws, urine samples air samples and more.

In March and August 2015, NIOSH staff visited an unnamed facility in Ohio with about 15 employees and a shredding and separation system. The site processes a variety of materials, including computers and related equipment, batteries, fluorescent lamp components and toys.

The following is a summary of select testing results, which were released in an in-depth report:

Surfaces: NIOSH’s testing showed metals migrate throughout the facility. They found metals on surfaces in the break room, bathroom, office and elsewhere. “However, we found that the levels of lead and manganese on the air diffuser in the conference room and on the employee water cooler handle were more than five times greater than on the other surfaces,” according to the report. Nickel was highest on a bathroom door handle and the handle of a water cooler.

Hands: NIOSH tested employees’ hands after they had washed them but before they headed home for the day. They found lead, manganese, nickel and cadmium, but lead had the highest concentration.

Air: Air sampling over three days showed one employee working in the disassembly area was exposed to airborne cadmium above NIOSH’s recommended exposure limit. The good news is other testing for cadmium, lead, manganese and other metals revealed that exposure was below occupational exposure limits (OELs), according to the report.

Mercury vapor: Spot readings detected mercury vapor throughout the facility, but the highest levels, by far, were found in the magnetic metals sorting area. The reports noted that no mercury lamps were shredded during the evaluation, so the metal came from other materials. Researchers said employees were unlikely to exceed mercury exposure limits given where their workstations were located in relation to the shredder.

Blood: While many employees’ lead concentrations were below what NIOSH’s considers an elevated level, three employees in the shredding and sorting areas had higher levels, including one that was more than double the acceptable limit. Cadmium was either not detectable or were well below Occupational Safety and Health Administration (OSHA) limits.

Flame retardants: The analysis included an in-depth look at exposure to flame retardants using a variety of sampling methods. Researchers found employees were exposed to several different types of flame retardants through inhalation and skin contact. Flame retardants in the urine of workers in the shredding and sorting area doubled over the course of their work shifts. They also found flame retardants in blood. “We are not able to predict specific health effects from this because the science is not sufficient to do so at this time,” according to the report. “However, we believe these flame retardants are potentially hazardous.”

Recommendations: NIOSH offered a number of fixes to reduce workers’ exposure. It recommended hiring an engineer to ensure the office gets enough outside air and to ensure warehouse air doesn’t mix with the office air. NIOSH staff suggested the employer provide a lead-removing hand cleaner, noting that soap and water is ineffective in removing lead and other toxic metals. The institute also recommended employees use respirators in the disassembly and shredding areas until controls are put in place to reduce exposures below limits. Finally, researchers suggested the employer provide a laundering service for the clothes of employees exposed to lead or cadmium.

Testing brought better news to a different unnamed e-scrap recycling facility, where worker exposure was below occupational limits when it came to lead, cadmium and other metals.

NIOSH staff visited the e-scrap facility in Washington state for testing in February and July 2017. The site, which has a dozen or so employees, does not have a shredding and separation system.

The following is a summary of results detailed in their report:

Hands: Six of eight tested employees had detectable levels of cobalt on their hands, seven had copper and one had beryllium. “Therefore, employees could have transferred metals from their hands to their vehicles and homes,” according to the report.

Blood: Results of blood draws from eight employees showed a range of lead and cadmium concentrations in their blood, but all results were well below limits set by OSHA or NIOSH.

Recommendations: NIOSH recommended the use of a lead-removing cleaner for washing hands. The institute also suggested prohibiting employees from using compressed air to clean electronics or dry sweeping to clean the floor, because both methods can kick up dust that’s inhaled. Instead, they suggested using wet-cleaning methods or vacuums instead. They also recommended employees not eat, drink or smoke in work areas.

In general, NIOSH uses a “hierarchy of controls” when making recommendations for ways to reduce employee exposure to toxic materials, Beaucham said.

“Typically we recommend local exhaust ventilation (especially around the metal shredders, if one is present) to physically remove the hazard, administrative controls (especially good housekeeping, medical monitoring, training by the employer), and proper use of personal protective equipment (PPE),” she said.

This story has been updated with comments from Beaucham. 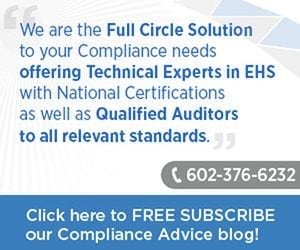