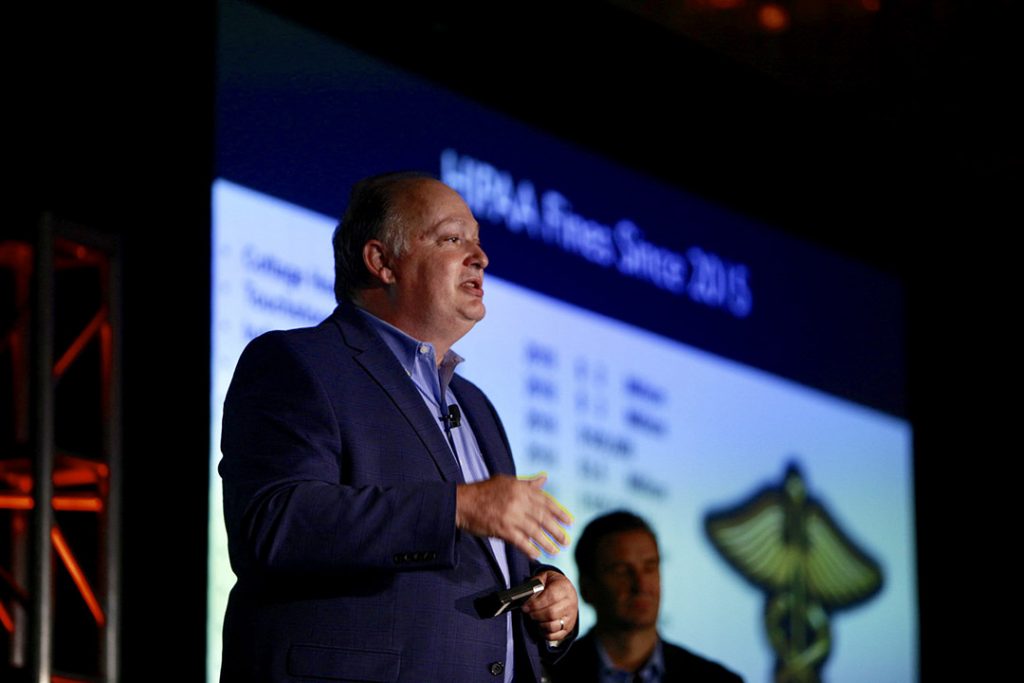 Finding ways to grow or differentiate one’s business is key to viability. During a panel discussion at the E-Scrap Conference last month, several operators opened up on their successful strategies.

In a session titled “Growth During Turbulent Times,” the experts offered tips to move forward as the industry evolves and some major companies exit the space.

Although the session was geared toward discussing company growth during a difficult market, one speaker suggested the current industry dynamic is not an exception, but rather the norm.

“I’ve been in this business since 2003, and I would argue that there’s never been a non-turbulent time in our industry,” said Todd Zegers, vice president of ITAD, commerce and lifecycle services at Ingram Micro.

Zegers was joined by Rod McDaniel of S3 Recycling Solutions and Ken Ehresman of Advanced Technology Recycling (ATR). The session was moderated by Kelley Keogh of Greeneye Partners.

The electronics recycling industry has relatively few barriers to entry, explained Ehresman, who serves as president of ATR, which is based in Pontiac, Ill. and operates a handful of facilities across the country. But once companies get past the first stage of business – perhaps the first facility or first big customer – there comes a turning point.

“Everybody starts to reach the point in their career and their business [where] you have to decide: What are we going to do?” he said. “It’s that fork in the road.”

Once a company sees that early success, there are a couple directions it can go. “Are you going to grow, or are you going to be happy building walls around what you have and try to protect that?” Ehresman asked.

If a company wants to just maintain the status quo, the operator should remember there are still always going to be competitors coming in offering better deals to existing customers to lure them away.

That doesn’t mean that a lack of growth is necessarily bad, but businesses must have something to differentiate them from others, Ehresman explained. And for many companies growth itself is the factor setting them apart. 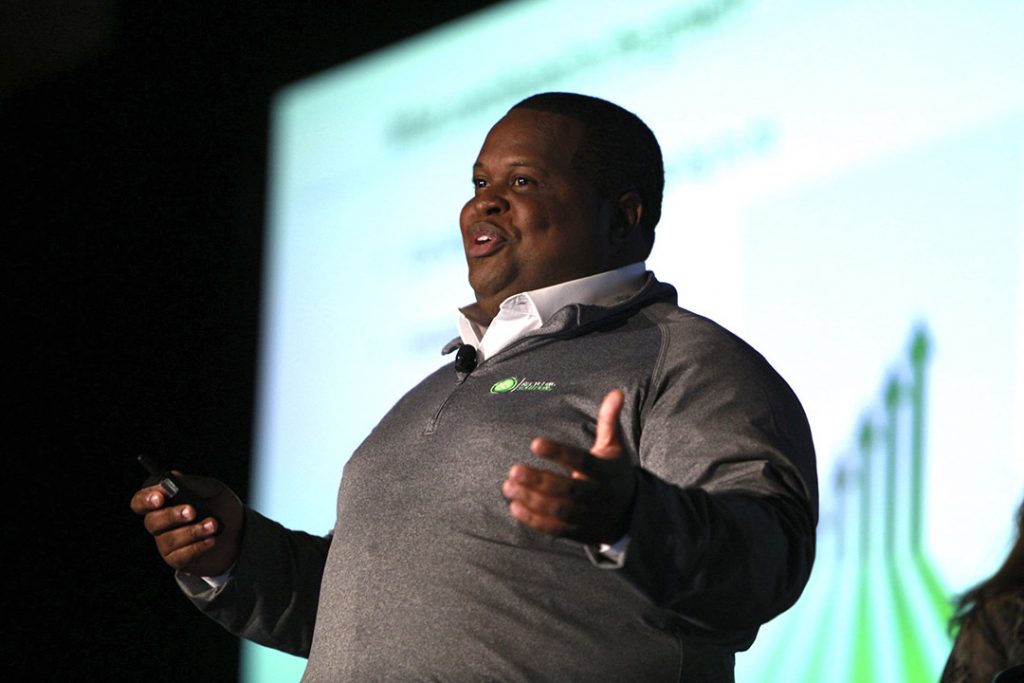 ‘Do what you say you’re going to do’

McDaniel, who is CEO of S3 Recycling Solutions, identified several steps his Springfield, Tenn.-based processing company has taken to expand successfully. He noted many of them are applicable, regardless of how much turbulence is affecting the sector.

“Do what you say you’re going to do,” McDaniel noted, explaining that some customers he’s picked up previously had bad experiences with deadlines not being met, reports not being completed, or payment not showing up on time.

“You would think [payment is] simple, but nine times out of 10, that’s something they bring up,” he said.

Growing companies should not be afraid to innovate and try new things, he said. This can be something as large as expanding into new business sectors, or it can be simple: As S3 grew, McDaniel found it would be impossible to continue doing device inventory and other data logging in spreadsheets. That meant branching out and learning about enterprise resource planning (ERP) and customer relationship management (CRM) systems, and employing those tools.

Businesses can also see long-term gains by starting small with some clients and developing more business with the partner over time, McDaniel said.

“Ask for a small portion of the business and get your foot in the door,” McDaniel said. “We have grown that way. You don’t always have to go in and get it all – you can start small and just be ready for the opportunity when it presents itself.”

That became abundantly clear to S3 over the past summer. When Arrow Electronics announced its departure from the ITAD sector, four of Arrow’s affected customers were companies S3 had done some amount of business with in the past.

“They immediately reached out to us and said, ‘We already have a contract with you, let’s proceed with you getting everything,'” McDaniel explained.

He was not alone in pointing out the opportunity Arrow’s move presented for the industry.

One of the biggest challenges in growth is acquiring large accounts, Ehresman said. Companies will graduate beyond the entry level and they’ll have multiple locations, but they still may struggle to access larger customers.

“You have to start building out and understanding how to sell to large accounts,” Ehresman said. “And that’s a very long sales cycle in most cases, unless you have something happen like happened recently with Arrow – that disrupts the industry.”

Ehresman added these types of industry developments have “been the greatest growth opportunity we’ve seen – every time a disruption happens it’s an opportunity for us.”

The key is to be prepared to bring in those new accounts, and to wait for the right moment. 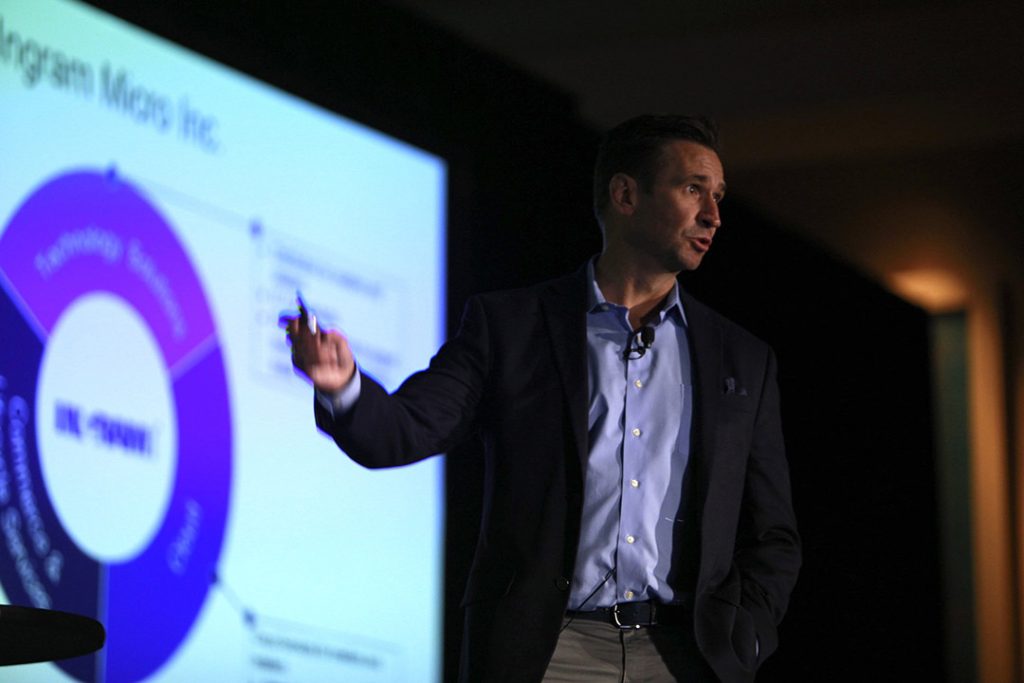 Strategize, but be flexible

Zegers of global ITAD company Ingram Micro identified having a formal strategy as a critical component of business growth. And to form a strategy, he advised considering a simple question: What does a company want to be the best at – in its city, state, region or even the world?

“Focus on that and try not to deviate from that,” Zegers said. “Really focusing on your core strategy is the foundation and fundamental starting point of any good business.”

And although he advises staying focused on the game plan, Zegers noted successful businesses are also able to deviate as the industry evolves. Many outside factors will inevitably shift, including how customers consume services, how they consume IT products in general, where customers are located and more.

A strategy should have key pillars that guide the company, but the components that are housed within each of those pillars need to be able to change.

“If you just kind of go, ‘This is where everything is going and you focus in that direction,’ [and] meanwhile the industry turns left and you’re still going this way, you’re going to be left irrelevant,” Zegers said.

Zegers also advised not placing too much stock in gaining customers through bids. He said it’s a common feeling that companies think they can win a first bid, then convert it into a longer-term business relationship from that initial contact.

Ingram Micro has about 1,000 customers, the majority of which have been landed through relationship-building rather than responses to RFPs, Zegers said. “I can count on less than five fingers how many customers started out doing bids” and were then brought in as contract customers, Zegers added.

“I associate bids a little bit to painkillers,” he said. “When you’re on them, you’re high, you’re feeling good, the pain’s gone, and you’re doing well. But when those go away, you get depression and you start wondering where the next fix is going to come from.”