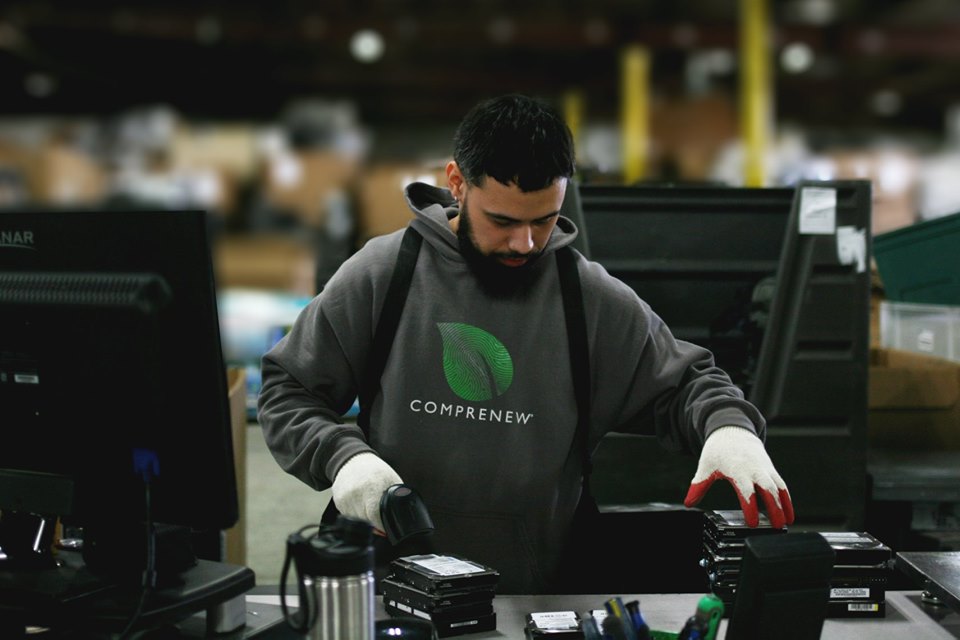 The state of Michigan will help fund the expansion of e-scrap collections in the Upper Peninsula, a broad area where dumping of used electronics has been a problem.

The Michigan Department of Environment, Great Lakes, and Energy (EGLE) awarded a $65,000 grant to expand a collection partnership between nonprofit electronics processor Comprenew and Goodwill of Northern Wisconsin and Upper Michigan.

“That’s really the primary purpose in how these funds will be used, to spread collections to all … of the stores within the Upper Peninsula,” he said.

In addition, the money will fund a portable hard drive shredder for Comprenew’s U.P. location in Marquette. Aside from hard drives, which will be shredded there, material collected in the U.P. will be trucked across the Mackinac Bridge down to Comprenew’s Grand Rapids headquarters facility, where processing occurs.

The four additional collection locations are expected to be up and running before the end of 2019, Vander Kooy said. Each could collect 20,000 pounds per month, so having collections established at all Goodwill stores in the region will bring in well over a million pounds a year.

Vander Kooy noted the geographic spread of the stores is pretty good, putting a big dent in Comprenew’s goal of making electronics recycling more accessible in the underserved area. Historically, dumping has been a major problem in the U.P.

“All of us who care about the U.P., we just got frustrated hearing about these problems, and I know for certain EGLE really got frustrated with it,” he said. “I think this is a very, very big step in the right direction. The good news is we’re making steady progress.”