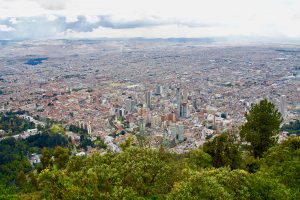 The Irvine, Calif.-headquartered company this month announced the opening of the processing center in Bogotá, Colombia. It marks the company’s second South American facility and its 31st location worldwide. The site will include data destruction, refurbishment, shredding and other operations.

“The Bogotá ITAD facility extends our commitment to provide directly managed services on a global basis as we continue the strategic expansion of our ITAD presence into underserved markets,” said Todd Zegers, vice president of ITAD, commerce and lifecycle services, in a release.

Ingram Micro provides reverse supply chain logistics, device remarketing and more. The company operates 16 facilities in the U.S. and 15 in other countries, and it has been on a growth pattern in recent years. It opened an ITAD center in British Columbia last year and one in Washington state in 2017.

In the recent release, Zegers said the company plans to announce additional facilities throughout the year.

The company estimates that it processed 26,400 short tons of used devices in 2017, the most recent year for which figures are available.