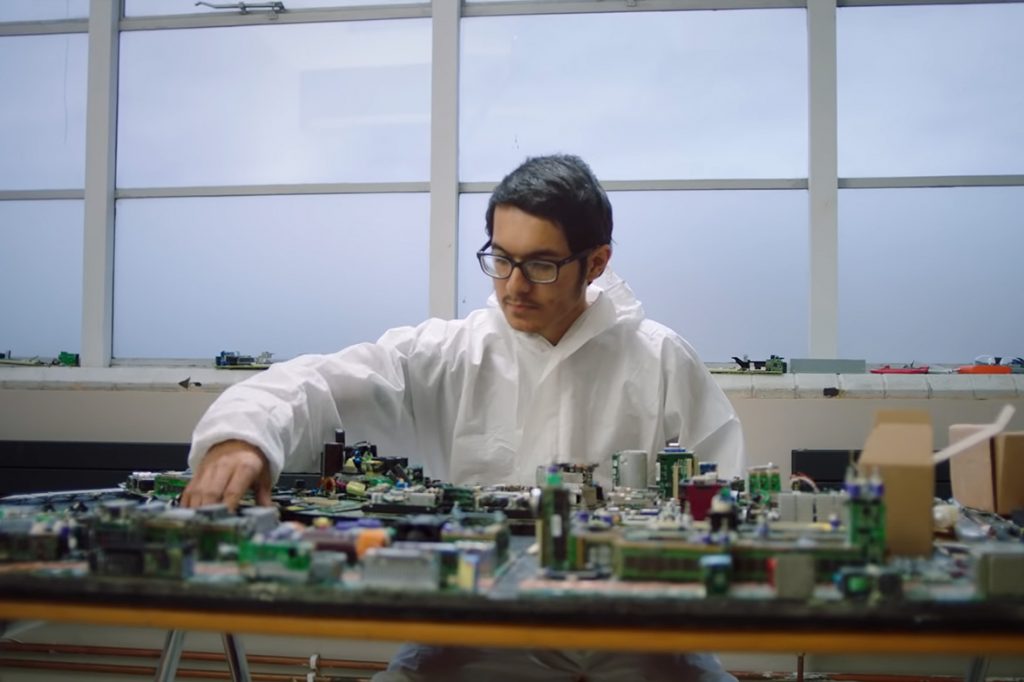 A teenage artist collaborated with a U.K. ITAD services provider to create a miniature version of London’s Westminster area – made entirely from e-scrap.

Zayd Menk, an 18-year-old who grew up in Harare, Zimbabwe, spent 97 hours building the replica, which includes likenesses of Big Ben, the London Aquarium, Parliament and Westminster Bridge. He worked with one of Hewlett Packard Enterprise’s (HPE) Technology Renewal Center in Erskine, U.K. to acquire the parts.

Menk aims to study art at the University of London, and when he was in the U.K. to visit the school, he stopped by the Technology Renewal Center.

“In the future, if companies embrace the idea of the circular economy, e-waste might not be an issue and my artwork might be seen as a sort of weird historical artifact from a time when we didn’t know any better,” Menk said in an HPE write-up.

In a YouTube video posted Jan. 14, Menk said that growing up in Harare he saw firsthand the impacts to low-income populations from improperly disposed e-scrap. As of Wednesday, the video had more than 128,000 views.

In the video, Chris Wellise, chief sustainability officer for HPE, said 89 percent of what comes in the door of the technology renewal centers is refurbished and sold to new customers.