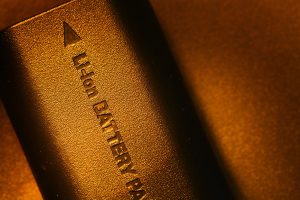 The U.S. Department of Energy will award $5.5 million to companies advancing lithium-ion battery recycling technology, and it will dedicate $15 million to developing a research center focused on the material.

The initiatives will seek to help recover critical materials, such as cobalt and lithium, from consumer electronics, energy storage and other sources, the Department of Energy (DOE) announced today.

Lithium-ion batteries have a current recycling rate of less than 5 percent in the U.S., according to DOE.

The materials have grabbed more e-scrap industry focus in recent years, in large part because used lithium-ion batteries can cause explosions and fires in processing and transport if they are not handled properly. The battery technology is also being used in an increasing number of products.

‘From concept to prototype’

The DOE’s $5.5 million Battery Recycling Prize will be awarded to contestants in three phases “designed to accelerate the development of solutions from concept to prototype to demonstration,” the announcement stated. The phases will take place over the next three years.

The new project comes after the U.S. Department of Commerce last year added several metals used in consumer electronics to a federal “critical materials” list that’s used to guide research priorities. That list was crafted in response to an executive order from President Trump, seeking to reduce reliance on foreign sources for certain focus materials.

Increasing recovery and recycling of cobalt, lithium and other critical materials fits squarely within the executive order, according to DOE.

“This would strengthen our energy security, expand our economic security and bolster national security,” Perry said.