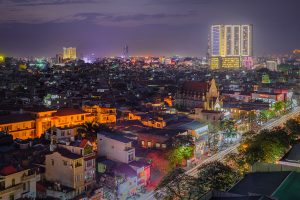 Re-Teck opened a 37,000-square-foot location in Hai Phong City’s Trang Due Industrial Park of Dinh Vu. According to a press release, the site is “strategically nestled in the heart of North Viet Nam’s high-tech electronic supply chain.”

Hai Phong City is an industrial center and the largest seaport in northern Vietnam, according to a company video. The facility is equipped to provide reverse logistics, return management, grading, testing, parts harvesting, refurbishing and recycling services. It has processing technologies to handle a wide variety of electronics, both post-industrial and post-consumer.

Re-Teck has three locations in Texas and one one in California. The Golden State facility, which opened last year, is located near San Jose in the heart of Silicon Valley. Re-Teck is part of Li Tong Group, which has 25 locations around the world.