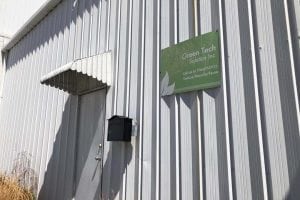 A Chinese investment firm is planning a $75 million recycling plant to process e-scrap, plastic and other materials.

In the Green Tech announcement, Yang credited business-friendly initiatives in his company’s decision. “None of this would be possible without the assistance of the local and state allies that have supported our new endeavor,” Yang said.