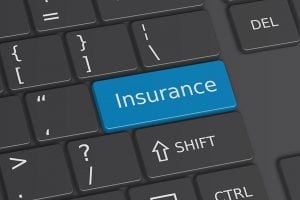 In an interview with E-Scrap News, John Shegerian, ERI’s co-founder and executive chairman, described how the partnership will help raise awareness about risks associated with data loss from physical devices.

He also said the pact can help build business for both ERI and CyberPolicy.

Some ERI customers are worried about data loss but don’t have insurance protecting them from costs associated with cyber attacks, Shegerian noted. In those cases, ERI will introduce them to CyberPolicy.

Meanwhile, CyberPolicy will inform its clients about ERI as a provider of data destruction services and recycling of physical devices.

The partnership creates a “better halo around both of us,” Shegerian said.

CyberPolicy is working with its insurance underwriters on policies to protect against data loss from physical devices. Such hardware data breach policies are new to the insurance industry, Shegerian said.

He used an example of a scenario in which the policy holder could be covered: A lawyer has a laptop with client data stolen from his or her car, and the information is used to harm the clients, who then go after the law firm in court.  The insurance could be used to cover costs for the policy holder in such an instance.

ERI and CyberPolicy are still working out business arrangements related to the partnership. Those could include formal referrals, lead-generation fees, and discounts for customers that buy hardware loss insurance and contract with ERI.

“Down the road, it could create financial opportunities for both of us, but that’s probably coming in [2019] and ’20,” he said.

“We’re very committed to working with them in the months and years ahead to drive more awareness on this issue and drive more business onto their platform,” he added.