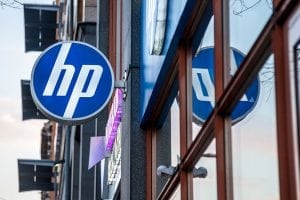 HP achieved a 17 percent recycling rate for its products worldwide last year, according to its 2017 Sustainable Impact Report. The company calculates the recycling rate by taking the weight of devices returned in the most recent year and dividing it by the weight of products sold seven years earlier, based on its estimation of average lifespan.

In 2016, HP launched a program to provide closed-loop recycling of HP products. The program, in partnership with roughly 1,500 Best Buy locations, recovered 3,200 metric tons of recycled plastic by the end of 2017. That plastic was recycled for use in several models of new HP ENVY Photo printers.

HP is a PC and printer business, and is a separate company from Hewlett Packard Enterprise, which provides enterprise products and services.

Dell also began recycling gold from its electronics into new devices. The first device to use the recycled gold is the Dell Latitude 5285 2-in-1, which debuted in January and will ship to customers this summer.

“We chose to work with gold because tiny gold electronic components add up to a surprisingly big impact,” the company wrote, noting both environmental and financial benefits from using the recovered material.

Dell added that the company is “exploring options to expand the use of closed-loop gold in other parts of our portfolio.”

In the plastics sphere, Dell has a goal of using 100 million pounds of “sustainable materials,” including recycled plastics, by 2020. The company used 20.5 million pounds in the 2018 fiscal year, and 9.7 million pounds came through its closed-loop recycling efforts.

Since 2014, Dell has used 73 million pounds of sustainable materials, according to the report.