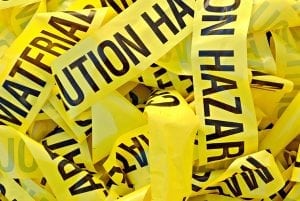 Metech International issued a press release on May 22 disclosing that its U.S. subsidiary, Metech Recycling, received a letter about hazardous waste violations at its Gilroy, Calif. facility.

Metech International, a publicly traded company headquartered in Singapore, noted that employees from its U.S. subsidiary will meet with officials at the state Department of Toxic Substances Control (DTSC) “to resolve the matter expediently to the satisfaction of the Department.”

Rex Cheng of Metech Recycling wrote in an email to E-Scrap News that the company is working with DTSC on the matter but nothing is finalized yet. The Metech International press release said the company would provide shareholders with an update following the settlement meeting.

Russ Edmondson, a spokesman for DTSC, said the negotiations relate to violations found during inspections dating back to May 2015. State records show DTSC identified violations during a total of five visits in 2015, 2016 and 2017. DTSC posted the inspection records on its website.

Some of the 2016 violations were related to metals-containing dust from a shredder and eddy current separator, according to DTSC records. Other e-scrap processors have also had to contend with disputes with DTSC over dust in recent years. In 2017, Sims Recycling Solutions and California Electronic Asset Recovery (CEAR) both settled enforcement cases that centered on shredder dust management.

In separate news, AERC Recycling Solutions recently agreed to settle a hazardous waste case with DTSC. AERC has facilities across the country that process scrap electronics, fluorescent lamps, batteries and other materials.

According to a consent order, which was signed earlier this month, AERC will pay a penalty of $47,000.