State report floats idea of having OEMs do more on CRTs 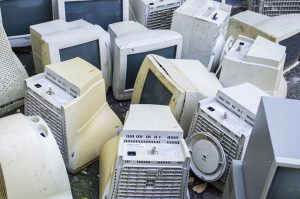 New York regulators have come up with a number of recommendations to improve the state’s e-scrap recycling program, according to a report recently delivered to the state’s governor.

Issued in December, the document quantifies the New York State E-Waste Recycling and Reuse Act’s impact from 2013 through 2015. It indicates that during that time period, OEMs, consumers and the state’s collection and recycling network diverted nearly 300 million pounds.

The report was authored by the state’s Department of Environmental Conservation as required by 2010 legislation implementing the program. Besides offering data, the analysis identified a number of ongoing challenges within the New York e-scrap sector and elsewhere. CRTs have been successfully recycled in the state for years, but downstream outlets for recycling are diminishing, and state regulators anticipate the devices will continue to come into the program for at least five more years.

“A combination of market factors, such as the lack of needed new capacity and decreased value for the processed glass, increased transportation and processing costs, and possibly mismanagement, have led to increases in the cost to recycle these wastes,” the report states.

Among the options to improve the CRT equation is the imposition of OEM financial responsibility. The state could “consider requirements for manufacturers to pay certain minimum amounts towards this recycling effort,” regulators wrote.

The state could also consider “storage flexibility” for CRT materials, the report states.

The report also found that despite “numerous attempts” to bring them into compliance, many manufacturer-funded e-scrap collection programs fail to comply with one or more provisions of the law. The state plans to continue ramped up enforcement.

The state has already made several efforts to offset the challenges. For instance, New York has made $3 million in grant funding available to help municipalities statewide address the unintended public sector costs associated with e-scrap collection and recycling. Regulators are currently distributing nearly $1.2 million from the first two rounds of applications. 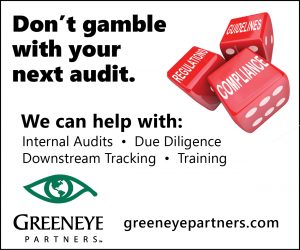