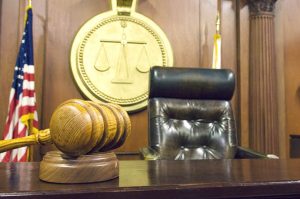 A plasma e-scrap furnace malfunction at an Arkansas smelting operation two years ago has spurred a $10.5 million insurance lawsuit against an equipment manufacturer that provided certain components.

BlueOak Arkansas, which started up a commercial-scale e-scrap smelting operation at its Osceola, Ark. facility earlier this year, came to an agreement in 2014 with U.K.-based Tetronics to use plasma furnace technology designed by that company. BlueOak uses the furnace to smelt printed circuit boards (PCBs), and has signed an agreement with Cohen Electronics to receive all of Cohen’s shredded PCBs as furnace feedstock.

But an expensive setback occurred in November 2015 when the furnace malfunctioned and was destroyed by fire and molten metal. BlueOak received insurance payments of $10.5 million to cover the damages, and today the facility is back on track and operational.

Last month, however, the insurance provider sued the manufacturer of the allegedly faulty furnace component to recoup the payout sum. The suit filed by Liberty Mutual Fire Insurance Company claims that Austria-headquartered RHI Magnesita N.V. and multiple subsidiaries were negligent in their manufacturing and made poor recommendations regarding an insulation portion of the furnace that failed.

BlueOak Arkansas CEO Ahab Garas told E-Scrap News the company is not a party to the lawsuit and was unaware of it until a recent local news article. The company is no longer insured by Liberty Mutual, he added.

There were several unsuccessful attempts to start the furnace once it was installed at the BlueOak facility, during which “a hole developed in the furnace’s hearth,” the plaintiffs allege. This high-heat section is where molten metals collect at the base of the furnace.

The situation came to a head in November 2015, when the hearth developed a leak, allowing molten metal to emerge and cause substantial damage to the furnace and nearby components, according to the suit.

“The molten metal breakout destroyed the furnace and resulted in fire, heat and smoke damage to the concrete slab foundation supporting the furnace, as well as damaging/destroying electrical and filtration equipment, hydraulic cylinders, hoses, wiring and conduits associated with the plasma recovery system,” the filing says.

The insurance company claims the lining supplier was aware that it could be dangerous to perform multiple unsuccessful startups, and that it also knew about the hole in the refractory lining.

“The molten metal breakout occurred due to deficiencies in the design and manufacture of the refractory material for the furnace,” the lawsuit states.

The suit also alleges RHI recommended and authorized the multiple attempts to start the machinery “when it knew or should have known of the damages of performing multiple startups without first shutting down the furnace and replacing the steel block that provided protection to the carbon disc.”

After the furnace malfunction in 2015, BlueOak purchased a new furnace of the same model from the same vendor, BlueOak’s Garas said. It has been operating since the spring.

In an interview in April, Garas highlighted the distinctive capabilities of the plasma furnace and said it was a key part of the facility’s success.

“The furnace is the distinguishing factor, it’s what makes this project unique in the world,” Garas told E-Scrap News.