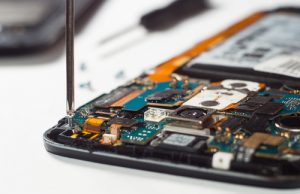 The survey looked at three categories of consumers: “intenders,” who plan to buy a certified pre-owned smartphone, “adopters,” who actually bought one and “resistors,” who refuse to consider a pre-owned device.

For purposes of the research, certified pre-owned (CPO) phones are those that  have been refurbished to a like-new condition and are often backed by a warranty.

The survey showed intenders prefer the idea of buying a CPO phone from an online retailer, but the adopters actually get their CPO phones from brick-and-mortar store, usually those operated by carriers and service providers.

“There are some commonalities, however,” according to the Hyla Mobile report. “Both intenders and adopters reported that their decision to purchase CPO phones was motivated by wanting to save money, [because] new phones are too expensive, and/or last year’s flagship phones retain good value and useful features.”

One surprise was that adopters don’t generally differentiate between CPO phones and “used phones,” which are defined in the survey as those that have been acquired through informal channels and haven’t been refurbished, according to the report.

The survey also showed 69 percent of resistors wouldn’t consider buying a CPO phone, even with warranties and insurance included.

“Even customer education, which is usually a good tool for persuading consumers to change their viewpoints, doesn’t appear to have much of an effect on resistors,” the report stated. “For example, most resistors didn’t know that if their phone is replaced by a vendor, it is often a refurbished phone. Telling them this information has a positive effect on less than 20 percent of resistors.”