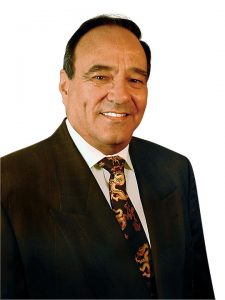 Experts predict large-format lithium-ion batteries will show up more regularly in the scrap electronics stream in the coming years, and a Canadian company is looking at the trend as an opportunity.
Large lithium-ion batteries in particular are expected to grow more prevalent as electric vehicle (EV) market growth continues. British Columbia-based American Manganese is employing hydrometallurgy in response to the need for end-of-life management as well as supply of metals for battery manufacturing.

Although the batteries are still in the early stages of entering the waste stream, their sheer value and predicted growth has the company convinced there’s already a critical mass. In an interview, a leader from the company said its process targets the “cathode” section of large-format lithium-ion products. That portion of the battery contains manganese, cobalt and other metals.

“It’s the most valuable part of the battery. This one singular item probably represents 25 to 30 percent of the value of the battery,” said Larry Reaugh, president and CEO of American Manganese, in an interview with E-Scrap News.

The publicly traded company is looking to scale up its proprietary hydrometallurgical process and create a pilot plant, which would be the model for portable processing operations that would be produced in British Columbia and sold and transported to customers’ locations. The pilot plant will cost about $5 million, Reaugh said. He anticipates a commercial plant is about two years down the line.

Reaugh said a plant using his company’s technology could have a throughput of up to 20 tons per day, a very small volume in mining terms, and could be “very lucrative.” Although disassembly will require more operating space, the processing plants he plans to build and sell would be relatively small due to the concentrated cathode feedstock.

Reaugh has a mining background, and his company picked up a low-grade manganese mining property in Arizona several years ago. The grades were 2 to 3 percent, he said, which was low enough that “anywhere else in the world, you wouldn’t even look at that.”

Other countries have higher-grade deposits, meaning that in order to capitalize on the deposits, mining operations in the U.S. need technology to compete internationally. Reaugh’s company worked with a Canadian firm, Kemetco Research, and developed a technical solution to produce manganese metal. But, Reaugh said, “the price defeated us,” and his company hasn’t moved forward with the Arizona project.

Instead, Kemetco informed Reaugh of a different possible application for the same technology: targeting cathode materials from lithium-ion batteries.

“Right now, they’re being burned. You get some cobalt out, 40 to 60 percent, and the rest of it, aluminum, manganese, all goes into slag, which is a waste product,” he said. “That’s not a solution.”

American Manganese is employing a process that allows recovery of all those different battery chemistries, Reaugh said. Its technique is a hydrometallurgical process similar to what is found in a mining circuit, he explained. It uses thickeners, tanks and pumps, to separate the metals contained in the cathode.

The process has extracted 92 percent of the lithium, and Reaugh said he anticipates it can reach 100 percent lithium recovery if the metal is cycled through the process multiple times.

“We’ve been able to get out 100 percent of the cathode materials,” he explained. “It’s been extremely successful.”

Reaugh said the company plans to file its patent this week, which he said will be a major milestone.

“We’ll eventually file in China and Europe and any other country that’s going to be leaning heavily into the lithium-ion battery space, and I think everybody is eventually,” he said.

“Those are big numbers,” Reaugh said, noting his processing cost will be around 25 to 30 cents per pound, plus a battery disassembly cost that is not certain yet. “There’s a lot of profit in it.”

Cobalt is currently priced at $27.67 per pound.

The company is focused on EV battery recycling and is currently not looking to recover materials from the wider lithium-ion stream. The market is there — Reaugh described Apple consuming $230 million of cathode materials each year — but he described difficulties in recovering the array of batteries in the consumer electronics stream. Reaugh pointed to the varying shapes and sizes of lithium-ion batteries.

“They’re going to have to standardize the batteries, so that somebody can take them apart,” Reaugh said.

The EV battery stream is anticipated to grow exponentially in the coming years, as electric car sales continue to increase and countries including China set goals for electric vehicle usage. A battery recycling expert recently described challenges in identifying and separating the batteries, as well as making battery recycling pencil out financially.

But even now, Reaugh said there is enough of a stream for EV battery recycling to be profitable. He estimated there were roughly 280,000 spent EV batteries entering the waste stream globally in 2015. “It’s not like you need a million batteries,” he said.

American Manganese doesn’t anticipate trouble obtaining the feedstock, even though it is a very specific waste stream.

“I think the manufacturers, to be very honest with you, will come to us,” Reaugh said, describing how manufacturers and consumers alike currently have to pay a tip fee to get rid of the batteries at recycling yards, where they often are transferred for smelting. “In reality, we could take it off his hands for nothing, or we might even be able to pay him something. So I think, if you’re trying to get the cost down on your batteries, that’s one way to do it, is to deal with us.”