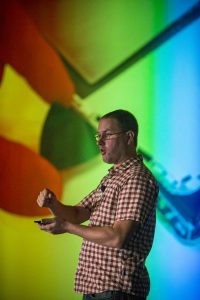 Repair is a growing portion of the e-scrap field, and experts predict it will continue to increase as companies learn the revenue that can be realized by reusing rather than shredding certain good-quality components.

Advocates also point to the role repair can play in advancing sustainable materials management. Repair makes up about 3 percent of American employment as is.

“If we’re going to build a circular economy, we’re going to have to increase that,” said Kyle Wiens, founder of repair hub iFixit. Wiens spoke during a session last month at E-Scrap 2017.

A number of factors are hampering its expansion, he said, including repair being “systematically under attack” from several angles. Those factors include efforts by some original equipment manufacturers (OEMs) to limit parts availability and access to repair information, said Wiens, whose organization provides information and tools for repairing electronics and rates devices on their repairability.

One notable exception to the OEM opposition is HP, and the company’s director of product stewardship, John Ortiz, joined Wiens onstage and spoke favorably of repairability and iFixit.

One of the key hindrances is a lack of information. A repair entity can work hard to figure out issues on its own, but eventually, Wiens said, it will need information that is very difficult to obtain without help from the manufacturer.

“Information isn’t the only obstacle, but consistently it’s been a major factor,” Wiens said. As an example of information being stifled, he pointed to legal actions taken by multiple OEMs against consumers who share repair guides on the internet.

Repair organizations also encounter problems with devices designed without a focus on repairability, Wiens said. He noted a number of trends running counter to ease of repair. One recent device had its exterior metal shell welded together with its battery welded inside. These design choices, which often force destruction of the device in order to get to the area designated for repair, make reuse and even recycling an unattractive option, Wiens said.

Instead, organizations that receive these devices at end of life might choose to landfill them as the simplest option.

A third key problem is a lack of access to official service parts. It’s an increasing struggle for service organizations to obtain parts, and for some electronics, including cell phones, parts simply aren’t sold.

“The repair world is turning to the recycling world and saying, ‘Please help us get parts, because we can’t get them directly from the OEMs,’” Wiens said.

Those factors are obstacles but not necessarily roadblocks. Wiens described how iFixit troubleshoots and develops solutions to new design choices. For example, the repair organization learned heat and cold applications were not effective against certain adhesives that are used to attach batteries. In response, it developed a chemical adhesive remover solution.

Similarly, iFixit learned the curing process is vital for some of the adhesives that repair companies use when resealing devices. So its developers came up with a machine that applies pressure and heat to set the adhesive in place to achieve a factory-quality seal.

“We in the repair and recycling world have to adapt, have to evolve our techniques along with the manufacturers,” Wiens said.

Repair organizations looking to push back against these forces are doing so through Repair.org, which Wiens characterized as a trade association for the repair world. The group lobbies for right-to-repair legislation, communicates the opportunity and value of the repair industry, and has worked with environmental certifications for device manufacturing, such as EPEAT.

Wiens noted during his presentation that none of his remarks on manufacturers were directed at HP. In fact, HP asked iFixit to take a look at its G2 tablet earlier this year to rate it for repairability, as the manufacturer has identified design for repairability and longevity as a few of its priorities.

iFixit rated the G2 a 9 out of 10 on the repairability scale. Wiens noted it was fairly easy to open, with clearly named and labeled screws so the repairer doesn’t mix them up during disassembly. The device was “overall, really a delight to disassemble,” Wiens said. 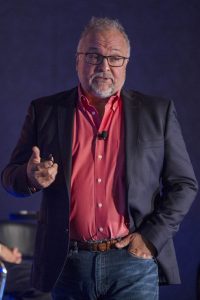 During his presentation, Ortiz explained HP knows what it takes to get full marks on the iFixit scale, as several of its products have earned 10 out of 10. The manufacturer shoots for the top score when designing its products but also knows that’s not an easy score to achieve.

“There are tradeoffs you have to make from day to day, you have customer demands, you have design demands,” he said. “We’re shooting for 10 out of 10, but we feel pretty good about a 9 out of 10 because it’s difficult to get there.”

Specific to repairability, the company provides service manuals and parts support for its products. Its designs use minimal adhesives and allow for disassembly using simple tools.

The challenges to getting to repairability are many, Ortiz explained. Industrial design, such as the glue and materials required to make products water-resistant, and continued lightweighting can run counter to design for repairability.

There’s also a lack of vocal interest from the general public.

“The average consumer is not asking for repairability, but many of our enterprise customers are,” Ortiz said. Environmental groups, NGOs and governmental groups are also increasingly focusing on the repair aspect, he added.

Balancing the need to have a repeatable manufacturing process with repairability can be tough, Ortiz said.

Some elements of improving repairability help with other desirable goals, such as security and privacy. The ability to remove hard drives and erase or destroy the data is valued among many customers, Ortiz said.