Why messaging is key in the transition to reuse 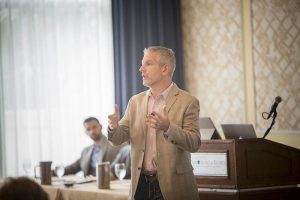 There was a clear thread woven through E-Scrap 2017: Reuse and refurbishment activities are dramatically increasing in the end-of-life electronics management industry. One executive at the center of the shift outlined steps to move into device repair successfully.

The continued lightweighting of electronics provides one incentive to enter the reuse business, as material recovery per device is decreasing each year, explained Bob McCarthy of Cohen Electronics, an Ohio e-scrap company that recently introduced an asset recovery subsidiary called Cobalt.

“You have to recycle so many more computers just to recover the same amount of precious metals,” McCarthy said. So for companies looking to remain profitable amidst a changing material stream, McCarthy offered a key piece of advice.

“Don’t let recycling define who you are,” he said.

Thinking value instead of weight

Moving from shredding to refurbishment and reuse is more than a change in how materials are processed. It requires a wider mindset change when thinking about end-of-life electronics, McCarthy said, recalling his own experience in the shredding business before entering reuse.

McCarthy went as far as to describe the use of weight-based metrics as one of the worst steps a business can make.

But that metric is ingrained in the fabric of the scrap business, so communication is the next hurdle after a company identifies reuse as a priority, McCarthy said. That means communicating with both customers and internal staff about the new message of reuse and refurbishment, rather than shredding. Particularly if a company has been shredding exclusively, it’s going to require a lot of communication to employees. Identifying and refurbishing materials for reuse is a fundamentally different task than commodity recovery.

Speed is one of the biggest challenges in that shift, McCarthy said. In the shredding business, anything that slows production is seen as a negative, he said. Employees need to fully understand that their productivity is no longer based on speed in the reuse sector, which goes back to the importance of messaging.

“People understand that when they’re told why,” McCarthy said.

Along similar lines, production workers need to understand which components of electronics should be set aside for reuse. McCarthy said his strategy was to adopt a new line: “If in doubt, don’t throw it out.”

McCarthy also described a major, and perhaps difficult, shift that may be beneficial for companies: He advised considering a name change to reflect the new services they provide.

Enterprise customers are learning the value of asset recovery versus shredding, McCarthy said, so much so that they may avoid “scrap” companies. He relayed a story of a large data center client balking at the idea of sending a load of good-quality PCs that were being retired to a recycling company, even though that company was also in the asset recovery business.

Brokers are even advising clients with good-quality assets not to send them to recycling outlets, he said.

Terminology like “scrap” isn’t inherently negative, he added, but that kind of language might not define a company in the asset recovery business. Recycling can be one of 10 services a company provides, in addition to reuse, on-site hard drive destruction, arranging logistics, inventory and more.

It was those types of concerns over the implications of “recycling” that led Cohen Electronics to the Cobalt brand. 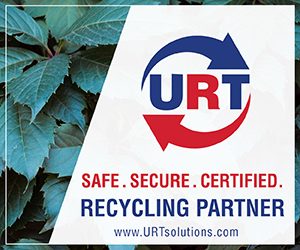