What we learned in the E-Scrap 2017 sessions 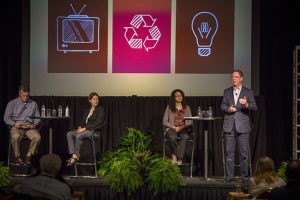 Last Tuesday and Wednesday, dozens of industry experts took to the stage in Orlando to discuss the trends and challenges shaping electronics recovery right now. Here are some of the most compelling pieces of information we took away from those talks.

Flat-panel displays might not follow the CRT path. According to several experts involved in flat-panel display processing, collectors have already moved aggressively toward charging fees to accept LCD flat-panel displays, thus avoiding the financial straits seen several years ago when collection sites took in the heavy devices for free. Also, they noted there are 36 facilities currently processing cold-cathode fluorescent lamps in the U.S. “I don’t think we’ll ever see a problem with fluorescent lamp stockpiling, just because there is great infrastructure to process them currently,” said Doug Smith, Sony’s director of corporate environment, safety and health. “Really, it’s not that expensive.”

We could use a clearer definition of ITAD. The conference’s opening plenary session featured leaders of processing companies that are bringing IT asset disposition into their offerings in different ways. The conversation got interesting when panelists were asked what percentage of their revenues come from ITAD applications. “We’re close to 50-50 ITAD vs. recycling,” said Sean Magann, vice president of sales and marketing at Sims Recycling Solutions. “But it depends on how you define the terms. When we shred something for customer, it’s a service. Is that ITAD or recycling? It’s a debate we even have internally.”

Cascade Asset Management has quantified reuse and repair within the company’s own operations, finding that 30 to 35 percent of equipment that comes in is suitable for repair and reuse. CEO Neil Peters-Michaud said the company carefully monitors this statistic. “If we can just bump that up one or two percentage points, it has a tremendous impact on our bottom line financially,” Peters-Michaud said. “Turning something from recycling to reuse generates significantly more income, and we use that as an argument, as an opportunity for our customers to take a look at some items that they are choosing to destroy because of a perceived security risk, to see if we can work with them to resell it to generate more income for them and for us.”

The idea of a single industry certification holds appeal. Panelists in a session on optimizing commodities recovery discussed the evolution of the e-Stewards, ISO and R2 certifications. They laid out possibilities such as better communicating the value of certification to companies’ clients, differentiating between industry sectors – like processors and refurbishers – in certification, and even merging to form a single certification standard. “I’m hoping that the large organizations can come together for the betterment of the entire e-waste recycling industry, and agree on a quality, global or at least national certification that we can all understand,” said Kevin Dillon, co-founder, chief marketing officer and chief sales officer for ERI.

Opportunity is arising in the sharing economy. In the conference’s closing session, which focused on how e-scrap fits into larger circular economy efforts, Linda Li, executive director and chief strategy officer at Li Tong Group, said that around the world consumers are increasingly adopting an “asset-free” lifestyle in which they lease products instead of owning them outright. She gave the example of Chinese website jd.com, which enables users to rent electronic devices and is growing in popularity. The trend could be a boon for the refurb sector because such systems have clear take-back mechanisms already in place.

Desktops and laptops aren’t disappearing. As the electronics stream becomes more oriented toward mobile, there’s been plenty of predictions that more traditional (and higher value) computer models will get completely phased out. But Chris Ko , co-founder of ER2, said that’s not exactly realistic. “Despite how rapidly tech changes, you never get beyond the human factor,” he said. “We all have hands and eyes. People said iPads would eliminate laptops, but it became clear we can’t write a long email on a tablet as well as on laptop. For us, it’s not necessarily about what is the latest and greatest but what is coming down the line that will be a consistent market.” 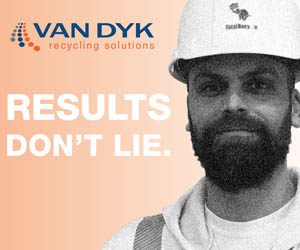