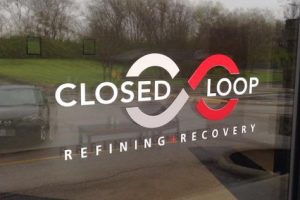 A lawsuit accuses Closed Loop Refining and Recovery, Kuusakoski, and UNICOR of being responsible for a “sham recycling scheme” that led to the abandonment of over 100 million pounds of CRT material in Columbus, Ohio.

The suit, filed Sept. 5 by a large real estate firm that served as the landlord for the closed CRT operation, alleges that Closed Loop, its leaders and its upstream partners flouted federal environmental law in the interest of financial gain. CERCLA, the federal act tied to Superfund site designation, makes both Closed Loop and suppliers liable for cleanup costs, according to the suit.

The action was filed in the U.S. District Court for the Southern District of Ohio.

“[The defendants] collaborated in an elaborate sham recycling scheme that extended across the country to profit from the stockpiling and subsequent abandonment of more than 64,000 tons (128 million pounds) of hazardous electronic waste at the properties,” the lawsuit states.

Closed Loop, which had pledged to develop furnace technology to recycle CRT glass, shuttered last year and left behind millions of pounds of material in Ohio and Arizona.

The suit demands over $14 million in payments from the defendants to cover the cost of cleanup operations in Columbus.

The legal action comes from New York-based commercial real estate firm Garrison Southfield Park, which owns two large warehouses in Columbus that Closed Loop used for its Ohio headquarters. Garrison was recently awarded more than $18 million in a separate lawsuit against Closed Loop, but the recent filing states Garrison has been unable to recover that sum.

In addition to Closed Loop, the federal suit names several entities related to Kuusakoski Inc., a large Finland-based recycling company that has a significant presence in the U.S. as an outlet for CRT glass. It also names UNICOR (also known as Federal Prison Industries), which operates e-scrap facilities and other programs using inmate labor at penitentiaries across the country.

In laying out its justifications for pursuing upstream legal action, the suit notes the federal Comprehensive Environmental Response, Compensation and Liability Act (CERCLA), the landmark 1980 law that has become synonymous with Superfund sites. According to the suit, CERCLA holds operators and their suppliers — referred to under the law as arrangers or transporters — liable for cleanup costs.

“This complaint is demonstrative of the steps Garrison intends to take to hold all responsible parties accountable for the abandonment of electronic waste at its properties,” Karl Heisler, a lawyer representing Garrison, said in a statement. “Garrison is committed to protecting its investments and will take whatever action is necessary to defend them.”

Dennis Hall, the attorney for Closed Loop and its leaders, noted in a statement sent to E-Scrap News the company had pushed forward a “novel technology” but was hampered by an inability to receive financing.

“The CRT recycling industry is in crisis,” Hall stated. “To blame those who honestly and openly attempted to solve the critical problem of handling CRT waste by developing a landfill alternative is a cynical, distorted, and false narrative.”

Representatives from Kuusakoski and UNICOR did not immediately respond to requests for comment.

The lawsuit states “significant portions of the properties remain inaccessible” due to stockpiling of material.

In addition, the suit alleges Closed Loop brought in well over $20 million in “illegal revenue” at its Columbus operation between 2012 and 2016. The complaint states the company “cherry picked” commodities that held value from CRT devices and then mechanically crushed whole CRT tubes to “creat[e] a worthless stream of commingled leaded and non-leaded glass.”

The suit, which contends its suppliers “aided and abetted” the scheme, states UNICOR sent more than 4 million pounds of CRTs and other e-scrap to Closed Loop in Columbus.

The complaint also details what it calls repeated attempts by Closed Loop to mislead Garrison and the Ohio Environmental Protection Agency officials about the scale and legality of the stockpile as well as its progress toward building the much-anticipated furnace.

According to the suit, Ohio EPA officials in April 2016 found Closed Loop to be in violation of material accumulation rules one month before the company’s closure. Federal CRT regulations dictate that at least 75 percent of a company’s CRT material must be effectively moved downstream by the end of each calendar year.