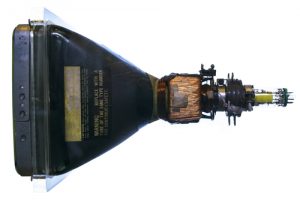 Three million pounds of CRT materials sit stockpiled in an Arizona warehouse formerly used by Dow Management, and the current property owner wants upstream generators of the material to pay for its cleanup.

In a legal case filed this year, 10 California e-scrap companies are accused of negligence, trespass, nuisance and other legal violations for allegedly failing to remove all the material they sent to a Yuma, Ariz. CRT processor that eventually collapsed.

Arizona property owner Ream Holdings filed the lawsuit in late April in the United States District Court for the Central District of California, Eastern Division. The suit asks the court to award unspecified monetary damages and to compel the defendants to remove the CRT materials.

The lawsuit is ongoing, but one glass supplier was dismissed as a defendant on Aug. 17.

The CRT stockpile stems from an abandonment case that first came to light in 2013. Dow Management received CRTs from upstream collectors, including companies approved under California’s e-scrap management program.

Under California law, consumers pay a fee at the point of sale on some electronics and display devices. The money goes into a state fund and is paid to collectors and recycling companies that handle covered electronics. The 10 companies that sent material to Dow Management were paid through this mechanism. They were identified by the lawsuit as 3R International Group, All E Waste, Attan Recycling Corp., CEC Electronic Waste Recycling, Debri-Tech, EWaste Center, Global Surplus Solutions, Greenview Resource Management, KYO Computer and West Coast Recycling.

At the time of Dow’s closure, E-Scrap News reported there were close to 6 million pounds of CRT material on-site. CalRecycle has estimated nearly 10 million pounds of CRT materials were sent to Dow between 2011 and 2013. State officials from California and Arizona called on the glass suppliers to work with the warehouse owners to remove the material.

By May 2015, cleanup efforts were well underway, according to information presented at a CalRecycle workshop on the state’s e-scrap program.

“Most of the recyclers that shipped to Dow have since incurred considerable expense retrieving and redirecting the CRTs for which they are legally responsible, though the effort to clear all the warehouses continues,” a memo stated.

State records show at least one company was fined by the DTSC for failing to ensure the material it sent Dow was properly processed at a lead smelter or recycled by a CRT manufacturer. State law requires such due diligence.

But, according to the lawsuit, four years after the abandonment, more than 3 million pounds of intact CRTs and crushed glass remain on Ream Holdings’ property.

Four of the defendants have filed responses to the lawsuit, and the remaining six have either yet to respond or be served notice of the suit.

Debri-Tech, EWaste Center and CEC Electronic Waste Recycling submitted responses disputing the landlord’s claims. All three assert the landlord took risks in taking on the CRT warehouse property, the damages were beyond their control, the statute of limitations has expired for all the claims and more. EWaste Center and CEC Electronic Waste Recycling both stated they have removed all of the material they shipped to Dow.

On Aug. 17, Judge Stephen Wilson dismissed the claims against Attan Recycling Corp. after it argued it should be dropped from the case. In part, Wilson noted there is no contract between the upstream recycling company and the landlord. Wilson agreed the landlord has not proven that Attan Recycling Corp. has a duty to pay to handle the materials in light of Dow’s collapse. Instead, the judge wrote that the DTSC or another public regulatory office would have sole enforcement responsibility.

The judge also agreed that the case doesn’t qualify as “trespassing,” because the CRTs were accepted onto the property with the full consent of the tenant at the time. 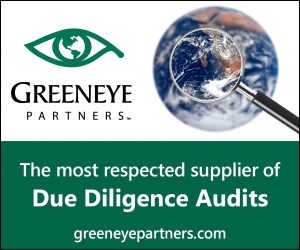