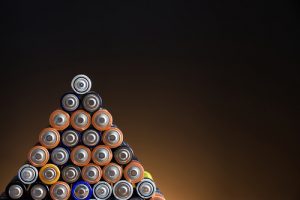 For the 21st consecutive year, Call2Recycle set a new record in its battery and cellphone collection volume last year. But 2016 also marked an important year, because much of the growth was in collection of single-use batteries.

“We expect this trend to continue as the number of battery-operated electronics, toys and power tools skyrockets,” according to the battery stewardship group 2016 annual report. It also noted that “the continued rise of single-use battery recycling is rewriting the U.S. battery recycling landscape; we can no longer avoid its impact on our battery collections.”

“All-battery recycling at the local level has become a necessity, compelled by a society where sales of handheld electronics are exploding and the demand for convenient recycling is climbing,” according to the report. “During 2016, we began altering our U.S. business model to accommodate an all-battery revenue stream that combines voluntary funding from industry stewards for rechargeable battery recycling and collection site fees for single-use batteries.”