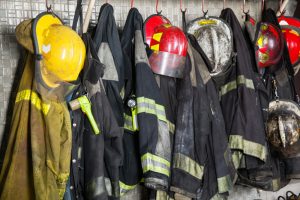 A trucking company is suing two electronics recycling firms and a logistics provider, claiming they were responsible for a battery explosion and fire that injured employees and damaged property.

The complaint was first filed in January in a state court in Mecklenburg County, N.C. but was later moved to U.S. District Court for the Western District of North Carolina.

The complaint alleges the defendants failed to properly label, package and/or inspect the batteries, which were being transported for recycling. The failure to pack them properly allowed them to come into contact with each other, which resulted in arcing, heating and ignition, according to the complaint.

News reports at the time – July 20, 2016 – described a four-alarm fire at Wilson Trucking’s shipping center in Charlotte, N.C. The fire, which came from a trailer parked at a loading dock, sent six employees to the hospital, one with life-threatening injuries. Fire officials estimated it caused $1.5 million in damage. About 90 firefighters worked to control the blaze.

According to the complaint, GER on May 13, 2016, shipped used batteries to be recycled to Imaan’s facility in Fredericksburg, Va. Imaan then hired Echo Global Logistics to oversee the shipment of material to Georgia. Echo hired Wilson Trucking to haul the batteries to Metal Conversion Technologies’ facility in Cartersville, Ga.

On July 20, 2016, while en route from Virginia to Georgia, the non-alkaline batteries exploded and started a fire at a Wilson Trucking shipping facility in Charlotte, N.C., according to Wilson Trucking. The total 4,500 pounds of batteries were being transported in a gaylord and a pallet wrapped in black plastic.

It sought compensation for damages and punitive damages.

On Feb. 21, Phoenix-based GER filed a motion to dismiss the claims against it, saying it had no contract or other legal relationship with Wilson Trucking. In a statement filed with the court, Kristina Picciotti, controller and chief strategy officer at GER, said her company was not involved with later shipments of the batteries.

GER recently settled a separate lawsuit from Microsoft, which had claimed GER violated a contract to destroy more than 70,000 Microsoft Office activation keycards. Instead of destroying them, employees sold them on the black market, according to the lawsuit.

Imaan International on March 1 filed a motion to dismiss Wilson Trucking’s claims. Among its many defenses, Imaan suggested a Wilson Trucking employee forged the signature of an Imaan employee on the bill of lading.

Both GER and Imaan are R2 certified. 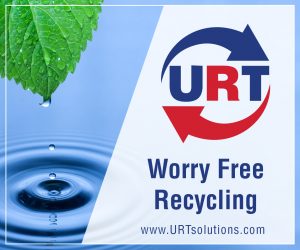