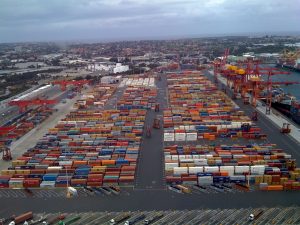 China’s recent crackdown on imports of e-scrap and other materials has exposed smuggling operations, led to dozens of arrests and resulted in the confiscation of more than 22,000 tons of material.

“Some regard this campaign as the second Green Fence,” Wong wrote in a market report sent to E-Scrap News and other U.S. recycling media outlets and organizations.

Launched Feb. 7, the action is being carried out by China’s General Administration of Customs (GAC) and is targeting imported waste with an emphasis on electronics and scrap plastics.

Enforcement officials are conducting inspections of processing factories and have reportedly suspended operations at facilities using improper water-treatment processes. They are also investigating fraudulent license usage, such as companies farming out their permits for money without doing any actual processing, Wong said.