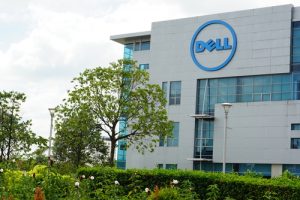 Dell says it has consumed 50 million pounds of post-consumer plastics, including millions of pounds of resin from recovered electronics.

The Texas-based electronics giant says that as of January 2017 it met its recycled-plastics goal, which was to use 50 million pounds between fiscal year 2014 and 2020. The announcement was tucked into the larger promotion of its use of recovered ocean plastics in packaging for one of its 2-in-1 devices.

Dell, which uses recycled plastics in monitors and desktop computers, says it’s the first electronics manufacturer to incorporate post-consumer e-plastics into its products.

The 50 million pounds figure includes both recovered e-plastics from its own collection system and plastic packaging purchased on the commodities market (mostly from water bottles and CD cases). In its Legacy of Good 2016 update, Dell reported that it used 14.1 million pounds of post-consumer plastics in its products in fiscal year 2016, which ran from Feb. 1, 2015 to Jan. 31, 2016. About 75 percent of that total came from buying plastics on the market and 25 percent came from its own recovered e-plastics.

In total, it used 3.4 million pounds of e-plastics from its own closed-loop supply chain in fiscal year 2016, up from 2.2 million pounds the year before.

Recycled plastic is being used in 48 different products, up from 19 in 2015, according to the report. Of those 48 devices, 44 were flat-panel monitors and four were desktop computers.

The supply chain for its e-plastics recycling process is as follows: Consumers drop off electronics at Dell Reconnect Goodwill locations in the Midwest. Then, they’re sent to a Wistron GreenTech facility in Texas, where they’re disassembled and processed. From there, they travel to China, where Wistron Advanced Material blends them with virgin plastic and molds them into components.