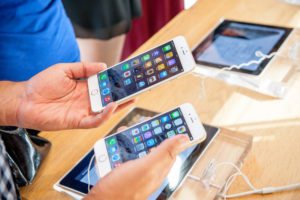 But, according to a report by International Data Corporation (IDC), overall smartphone shipments rose over the previous year, thanks to substantial increases from Chinese manufacturers.

Overall, 2016 saw about 1.47 billion smartphones shipped worldwide, IDC reported, which was about 33 million more than were shipped in 2015, or a 2.3 percent market growth.