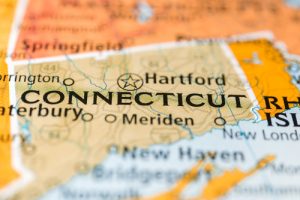 “While each program comes with its own set of successes and challenges, all of Connecticut’s EPR programs have reduced waste, increased recycling, saved taxpayers money and created recycling jobs,” Scott Cassel, CEO and founder of PSI, stated in a press release.

The analysis concluded that the Constitution State’s electronics EPR program has grown collection sites and recovery volumes. At the same time, it noted the shifting of costs from local governments to electronics manufacturers, as well as an increase in per-pound recycling costs.

A representative of electronics manufacturers shared his take on the report and Connecticut’s program. It was more critical of the state’s EPR law.

“Connecticut has been [a case of] consistently higher costs for less recycling,” said Walter Alcorn, vice president of environmental affairs and industry sustainability at the Consumer Technology Association.

First passed by the legislature in 2007 and implemented in 2011, Connecticut’s electronics EPR law requires original equipment manufacturers (OEMs) to finance the transportation and recycling of covered devices by participating in a state program. Through that program, DEEP approves the per-pound charges that approved e-scrap recycling companies bill OEMs (costs billed to any individual OEM are based on that manufacturer’s share of the market for new devices).

Electronics covered by the program include TVs, monitors, computers and printers generated by households. The state’s disposal ban for those devices went into effect in 2011.

The report also looked at the diversion of CRT devices, specifically. In 2014, the approved e-scrap companies operating in Connecticut recycled 11.6 million pounds of CRTs. A total of 333 tons of lead were diverted.

The report noted that the majority of e-scrap collected in Connecticut comes through municipal sites that are included in the statewide program. A much smaller amount is collected through OEMs’ voluntary, private programs, which include collections through retailers such as Best Buy, Staples and Goodwill.

Alcorn said Connecticut’s collections system, oriented toward municipal drop-off locations, is inefficient and ignores the broader variety of collection opportunities utilized in other states. He suggested that could account for lower per-capita collections than seen in many other states.

PSI noted the financial benefits of the state program to local governments. In 2014, they enjoyed avoided disposal costs of nearly $530,000. They also received recycling services worth about $4.4 million.

The EPR program has resulted in the creation of 80 recycling-sector jobs through the middle of 2016, PSI determined. The per-job cost to OEMs in 2014, the latest year for which costs were examined in the report, was about $55,500.

Alcorn said the biggest problem some OEMs have with the Connecticut program is they don’t have absolute freedom of choice in terms of the e-scrap recycling companies they work with. For the industry overall, the biggest issue is there are no market forces used to set prices.

“I wouldn’t called that extended producer responsibility. I would call that a manufacturer payment plan. That’s all it is,” Alcorn said. “I’m happy that local governments avoid costs, but those have been picked up directly by the private sector and are seen as hostile towards manufacturers from our perspective.”

PSI recommended Connecticut take several steps to improve its EPR program. One is to evaluate the stewardship program reporting requirement to ensure the public gets critical data. For example, the approved electronics recycling companies aren’t required to distinguish between flat-panel and CRT TVs and monitors when reporting weights.

The analysis also suggests requiring stewardship groups to conduct education and outreach, something electronics manufacturers aren’t required to do there. A 2014 survey from the Electronics Recycling Coordination Clearinghouse showed that only 36 percent of residents knew for certain what to do with their e-scrap, and 68 percent didn’t know whether it was illegal to throw their old electronics into the garbage.

“Requiring product stewardship programs to conduct outreach to residents can increase collection rates and, for many products, reduce the risk of illegal dumping,” PSI’s report concludes.

The document also urged DEEP to consider expanding the entities covered by the program. Connecticut’s electronics program currently only covers material generated by households. But the statewide per-capita recovery is lower than in Maine, Washington state and Vermont. Those states include in their programs e-scrap generated by schools, small businesses, nonprofit organizations and, in the case of Washington, small governments, as well.