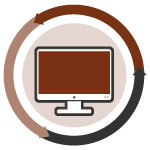 The federal government finalized rules affecting reporting of CRT exports, and a funding dispute between a processor and California leaves students out in the cold.

Showdown over bill: New Jersey’s e-scrap community is pushing lawmakers to approve, without amendment, legislation overhauling the state program on Nov. 21. That is when the New Jersey General Assembly will do its final votes for the session, and the Association of New Jersey Recyclers is asking for lawmakers to pass the identical bills A-2375 and S-981 without incorporating proposed amendments from the state Department of Environmental Protection. Approval would send the bill to Gov. Chris Christie, who previously vetoed the same legislation.

Export regulations: The U.S. EPA has finalized rules regarding the imports and exports of hazardous waste, which includes CRTs conditionally excluded from being regulated as hazardous waste. The rules, which were announced in late October and go in effect on the last day of the year, affect how shippers report exports to the federal government and aim to improve transparency and tracking of exports, according to the EPA.

Dispute over e-scrap fundraiser: KGO in San Francisco reports on two local high schools that entered into a fundraiser with All Green Electronics Recycling. Students collected e-scrap and were supposed to share in the proceeds with All Green. The students claim they never got paid. All Green said it never got paid by the state, according to the news station.

Silver and gold: Nevada mining and refining company Itronics, which was previously covered in E-Scrap News, has developed a method that uses silver to capture gold and other metals in circuit boards. Northern Nevada Business Weekly says this is the first time silver has been used to collect precious metals from e-scrap.

Collection site closing: A Florida nonprofit organization that accepts electronics for recycling is closing one of its locations. ARC Broward IT Asset Recovery will close its site in Sunrise, Fla., near Miami, Jan. 1.

Posted in In other news, News | Tagged Collection, CRTs, Exports | Leave a reply