The View from NCER: Sticking up for state programs 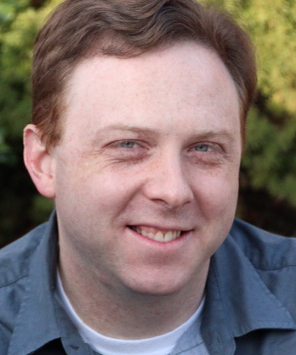 When we surveyed over 30 organizations for our Electronics Recycling Landscape Report last year with the Sustainability Consortium, the vast majority had negative things to say about the current state of U.S. e-scrap recycling programs.

What were the major issues? Some cited the level of control that manufacturers were having on the pricing for recyclers. Others pointed to the inconsistencies in state programs that made it difficult for companies operating across the country to create efficiencies. This, coupled with the fact that there seemed to be no hope for a federal solution, led to comments about how “broken” the recycling programs were. Moreover, all participants noted higher costs of CRT processing and lower values of commodities were putting a strain on the systems.

In the 2016 legislative session, we have seen that displeasure put into action, with calls for modifications to existing programs. However with the exception of Minnesota, all the bills that were introduced failed to achieve the necessary compromise among the stakeholder groups that would allow them to proceed through the legislative sausage-making. And for states beyond the 25 that currently have legislated programs, there has been virtually no hope of passing e-scrap legislation for at least the last five years (Washington, D.C. did recently pass an ordinance that is slated for implementation next year, however).

Different stakeholder groups – including government, manufacturers and recyclers – of course all offer different potential solutions for program problems, and opinions vary even within those sectors. Some want to see higher mandated collection targets for manufacturers, convenience goals for collection points and minimum pricing standards for manufacturers. Others see inherent problems in having recyclers continually dependent on manufacturer contracts, and they argue the focus should be on the “problem” products, such as CRTs and perhaps mercury-containing LCDs. Several stakeholder groups are having another look at the concept of financing recycling via a fee on new products, something which was off the table for political reasons for many years and may still be if there are attempts to put the idea in legislation.

Does all of this mean all hope is lost for U.S. electronics recycling programs? Well, it’s important to keep in perspective that since 2010 when most programs were in effect, a huge amount of material has been diverted to the recycling stream. At first, we saw total annual collection through state programs come in around 500 million pounds and that has climbed to over 700 million pounds. Those totals do not include the “non-covered devices” that are collected alongside the ones officially included in each state. Success should not be measured in pounds alone, but a significant amount of recycling is happening that likely wouldn’t be without the programs in place. It’s clear consumers who otherwise would have very limited opportunities for recycling are taking advantage of these programs.

Not all problems the result of legislation

Too, there are several states that have had not experienced the messiness of on-again, off-again collection programs under their law. All systems have their flaws, but a few have had relatively stable programs that offer ongoing collection from consumers and allow the recyclers to survive profitably. Even these programs have had difficulties in adapting to the larger market forces of lower commodity values and higher CRT recycling costs. It’s easy to pin the blame on the legislated program for problems that would be apparent even in its absence.

The path forward out of the situation will be messy, which is exactly how we got here in the first place. Some states will tinker with their programs and find a compromise that provides incremental progress. That progress may entail some retraction of current programs rather than expansion, but that is part of the experiment we are in with these policies in the U.S.

We should seek solutions that lead to greater numbers of collection opportunities and higher participation by consumers (even with declining overall volumes).

We heard the call for greater leadership during our survey interviews last year. The next step will be sorting through stakeholder perspectives and finding where that leadership exists.

Jason Linnell is executive director of the National Center for Electronics Recycling. He can be contacted at [email protected].