The View from BAN: GPS tracking an industry game-changer 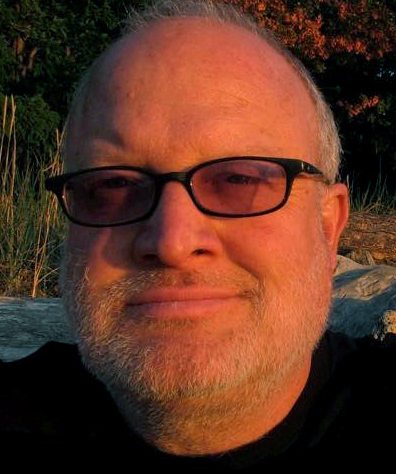 The e-Trash Transparency Project from Basel Action Network has, once again, opened American and Chinese eyes to the horror show of America’s global electronic waste dumping.

Our deployment of 205 tracking devices placed into printers and monitors and then hand-delivered to Goodwill charity stores and to electronic recyclers around the country has revealed, contrary to the assurances of government studies, alarming rates of possibly illegal exportation and subsequent irresponsible processing.

As revealed in the publication of our second project report, even well-known and respected electronics recyclers such as IMS, Total Reclaim, Good Point, Avnet, Padnos, ARCOA, AERC, SAMR, and Sims have all been revealed to have been a part of a chain of custody which led to the eventual export of the public’s e-waste – most often to China. Of the 168 recycling companies our trackers visited, 45 percent were demonstrated to be part of what, in almost all cases, was a possibly illegal export chain.

Though irresponsible export has been an industry issue for many years, it’s sadly and outrageously still common practice. The U.S. government’s response to the problem has always been to heed high-powered industry lobbies and refuse to legislate against this global dumping, even while the rest of the world has acted quite differently.

Instead, the U.S. government equally touts the use of two voluntary certifications – R2 and e-Stewards. This sounds good, but let’s take a closer look.

First, the R2 standard has been conflicted from the start. Its stated export principle of not violating other countries’ laws is not realized in R2’s requirements. In fact, the standard overtly condones violations of the Basel Convention and national laws of importing countries as we have documented.

Second, the use of our tracking technology has demonstrated conclusively that cheating on international trade is all too common and easy in a voluntary certification program, reliant as voluntary efforts are solely on audits for policing – announced or otherwise.

Our e-Stewards program was rocked by the shameful violations of Total Reclaim, one of our founding members, whose egregious exports were revealed by the use of our trackers but only after seven years of violation.

The Total Reclaim story is decisive with respect to the game-changing nature of using tracking devices to achieve true due diligence. If that story fails to convince, perhaps this fact will: 32 certified recyclers were found to be involved in a chain leading to export. All of these had been “policed” annually by scheduled third-party audits along with the occasional unannounced inspection.

We all have to do better. It is our strong belief that any certification program must effectively enforce itself. While facility audits and inspections are very good at monitoring in-house practices when it comes to exports, improper shipment of material could be taking place off-site or in the dead of night. GPS trackers are uniquely effective at helping us keep track of material even when handlers circumnavigate the auditing process.

BAN is now offering this tracking service to governments, civil society, journalists, recyclers and enterprise customers around the world.

We are also proud to announce that the e-Stewards program has decided to include GPS tracking, along with the current unannounced inspections, as part of its day-to-day Performance Verification (PV) system. Companies certified to e-Stewards are now able to uniquely tell their customers that their electronic discards are subject to random tracking 24/7, in addition to third-party audits and unannounced inspections.

It’s time we transform the electronics industry beyond its obsolete policies of designing products for the dump and then rewarding unscrupulous recyclers that find those dumps overseas.

Responsible and transparent information technology asset disposition must become a vital public service, protecting both our private data and our planet. It is increasingly clear that routine use of tracker technology will be the hand that finally allows us to turn the page to a new chapter in electronics management.

(Editor’s note: The original version of this article had an editor’s note discussing the question of the legality of export of materials. Because this story is an opinion article, we removed the note. — Editorial Director, Dylan de Thomas)

Jim Puckett is the executive director of the Basel Action Network. He can be contacted at [email protected].