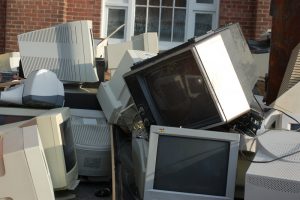 Regulators in California have decided to increase payments to companies participating in the state’s electronics recycling program.

The changes, which were approved June 21, will take effect July 1. Companies, orgnanizations and governments will now get  a total of 49 cents per pound to collect and recycle end-of-life electronics under the state program, which represents an increase of 5 cents per pound over the 44 cents firms have been paid for the past two years.

California’s e-scrap program is funded through an advanced recovery fee, or ARF, paid for by consumers who purchase a new electronic device. It is the only state in the country that relies on an ARF system for funding a state electronics recycling program.

According to documents submitted by the California Department of Resources Recycling and Recovery (CalRecycle), an analysis of cost reports submitted by collectors and recycling outlets suggested the cost to handle devices heading into the program were increasing while the market continues to show signs of instability, particularly when it comes to CRTs.

“The availability of CRT glass disposition options may be the most significant uncertainty,” the agency wrote.

CalRecycle is statutorily bound to review payments in the program every two years. The last review led to the agency increasing the per-pound payments from 39 cents to 44 cents in June 2014.