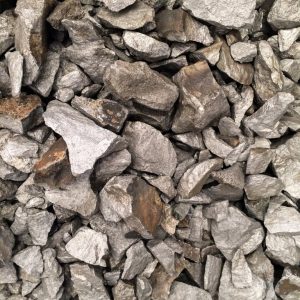 A company employing a unique recycling approach for hard disk drive magnets has raised $25 million to build a facility in Austin, Texas.

The Austin-based Urban Mining Co. announced the completion of Series A financing to build a rare earth magnet recycling and manufacturing facility in the city.

The company uses a patented magnet-to-magnet method to recycle the neodymium magnets (often shortened to NdFeB magnets) used in hard disk drives, audio equipment and various pieces of industrial equipment. The magnets contain rare earth metals, which have been increasingly targeted for recycling in recent years.

The company’s process will create sintered magnets for use in a variety of industries, including consumer electronics, medical equipment, defense, clean-energy production and more, according to Urban Mining.

The company is different from the Jacksonville, Fla.-based e-scrap recycling company with a similar name.

Unlike with other recycling processes, Urban Mining’s approach avoids chemically reducing or converting the material into pure elements for the creation of new magnets. It involves essentially demagnetizing and breaking down the magnet and cocktail of rare earth elements in it into a powder. Then, a proprietary blend of elements is mixed in, before the material is re-magnetized and formed into a magnet. The process doesn’t require the energy or chemicals needed for refining, alloying and strip casting.

Miha Zakotnik, chief operating officer for Urban Mining co-authored an April 2016 paper laying out the company’s recycling process and comparing the energy usage and environmental impacts with other recycling processes and with manufacturing magnets from virgin resources. Urban Mining provided funding for the work.

“This technique has a major advantage, not only because of its simplicity, but also because of its lower cost when compared to traditional recycling methods,” according to the paper.

Additionally, given the timelines and costs associated with opening rare earth element mines, “the recycling of REEs has the potential to be far more economical and more readily achievable than the exploitation of new mineral deposits,” the paper said.

“These challenges need to be addressed, not only at the commercial level, but also at the political level, in order to make magnet-to-magnet recycling a real success story,” the paper concluded.