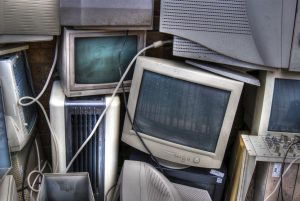 After a five-month hiatus, India’s Videocon has begun accepting CRT glass from its main U.S. suppliers.

The news was confirmed by Carlos Kelvin, the president of Cali Resources, which works with two other companies, Glassico and TDM, to send U.S.-sourced, “furnace-ready” and cleaned CRT funnel and panel glass to Videocon.

“It’s really good news for the industry,” Kelvin told E-Scrap News in an interview. “We’re happy — we’ve already started shipping and we have a purchasing order from Videocon that can cover past shipments and proceeding shipments.”

Albino Bessa, who is a president at TDM, also confirmed in an email that Videocon had begun accepting CRT glass once again from the three companies. However, it has not yet begun accepting material from independent brokers, Bessa said.

In October, Videocon abruptly closed furnaces it uses to melt panel and funnel glass. It had long utilized that melted material to make new CRT products, according to the company. At the time of the closure, it was unclear if the company would be able to turn back on the furnaces and begin processing CRT glass again.

However, in a letter dated Feb. 25 and sent to U.S. clients, the partnered companies announced Videocon “has completed maintenance on its ovens and is ready to accept shipments of CRT glass from TDM/Glassico.”

The letter also stated that since Videocon’s closure, Cali Resources, Glassico and TDM were storing CRT glass in Mexico as they explored alternative downstream outlets for the material.

Kelvin said Cali Resources has identified additional outlets for CRT funnel glass in recent months, including Camacho in Spain, an unnamed lead smelter and an application for non-leaded panel glass. But he said all stored and incoming CRT glass will now head to Videocon, where it will be made into new funnel and panel glass for use in CRT TVs.

While CRT TVs and monitors have mostly been replaced by their flat-panel equivalents, Videocon has continued to manufacture and sell CRTs in select markets around the world. Last year Bessa said the company’s CRT demand would likely exist for at least another three years.

As of press time, Videocon had not returned a request for an interview.