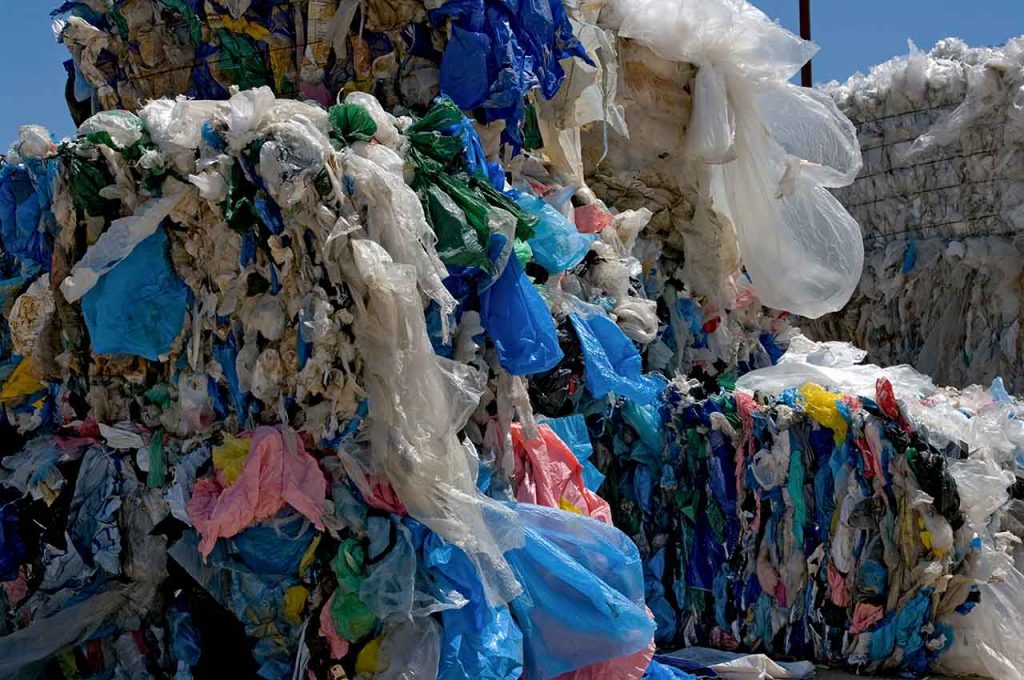 The project, run by Return-It and the American Chemistry Council (ACC), resulted in about 94% usable plastic. | Huguette Roe/Shutterstock

In five months, Washington state residents in the greater Seattle area turned in over 25 tons of film to independent grocery stores as part of a pilot project.

The initiative, run by Return-It and the American Chemistry Council (ACC), resulted in about 94% usable plastic, proving “the potential to reduce the number of plastic wraps and bags that are buried in landfills,” according to a press release from King County.

“The results indicate that if companies provide ongoing funding for convenient recycling at grocers – and the plastic is properly collected and managed – more material that is not accepted in curbside bins could be recovered and recycled,” the press release said.

In 2019, an estimated 29,000 tons of film packaging was sent to the King County Regional Landfill, the press release noted, and extended producer responsibility programs for film could help decrease that amount.

“The pilot program confirms that the people of King County want to reduce waste and will recycle more when companies make it convenient,” Adrian Tan, policy and markets development manager at the King County Solid Waste Division, said in the press release. “It also identifies effective strategies that could significantly cut the amount of plastic film packaging that ends up buried in our landfill each year.”

The project was sponsored by Dow, NOVA, General Mills and PAC Worldwide through the ACC.

The ACC’s final report noted that after consumers dropped off the film, local recycler Commercial Waste Reduction and Recycling collected it and Seadrunar Recycling sorted it before shipping it to British Columbia-based Merlin Plastics to pelletize it.

Audits conducted at Merlin Plastics found that about 94% of each bale had useful plastic after accounting for contamination. Clear film made up about 71% of the total volume and colored film accounted for the other 23%.

The final report concluded that “building on best practices learned from previous efforts and incorporating new elements, the pilot program demonstrated how the approach could operate as a stand-alone voluntary program or as a complementary and cost-effective program for future multi-material stewardship or Extended Producer Responsibility programs.”

A version of this story appeared in Plastics Recycling Update on January 10.