Debating what it takes to make people trust recycling again 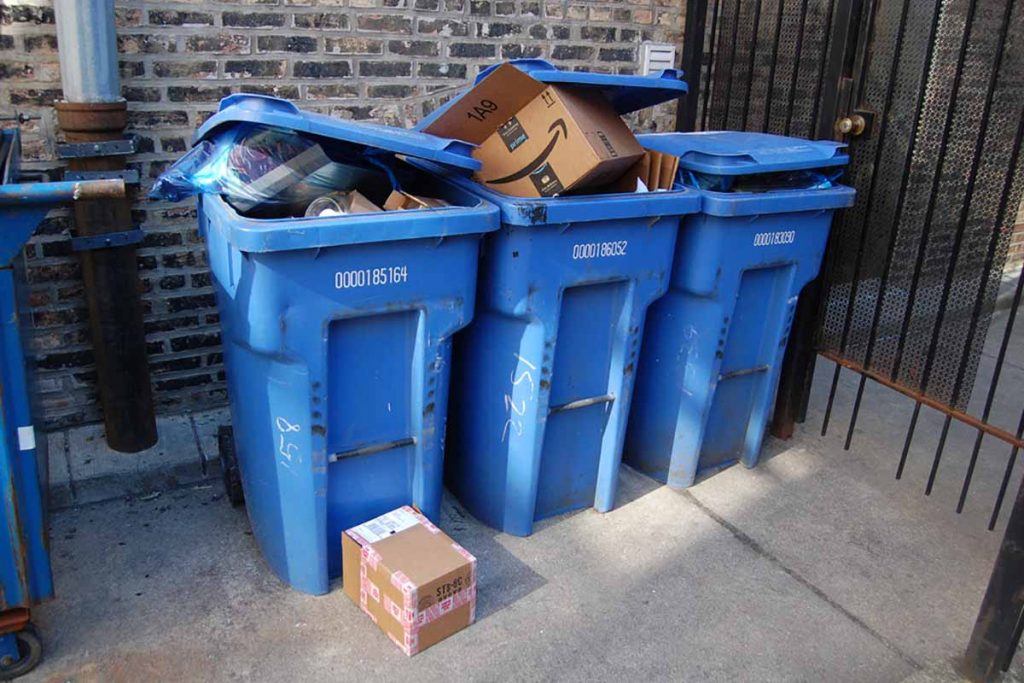 According to research by The Recycling Partnership (TRP), in 2019, 14% of people surveyed said they were “not very confident” that things put in recycling bins were actually recycled. In 2020, that share had risen to 23%, and in 2022 it hit 30%. | Mary at T Comms/Shutterstock

American consumers think recycling is of great importance, but their trust in the actual system has been slipping for years. A recent webinar brought experts together to brainstorm solutions.

The 2022 National Recycling Congress was held virtually on Nov. 9 and Nov. 10. In the Nov. 10 closing plenary session “Rebuilding Public Confidence in Recycling,” panelists discussed the best way to restore the public’s trust and increase recycling rates.

Alec Cooley of container manufacturer Busch Systems said the trouble is “we all depend on the decisions that tens of millions of people make throughout their day to place waste items into the correct bin,” but the last few years have been “quite a challenge for recycling.”

Elizabeth Schussler, senior director of social change, behavior and impact with The Recycling Partnership (TRP) said that uptick is “alarming.”

“If people don’t think that their recyclables that they put in their bin actually get recycled, that is a real problem and it will be hard to come back from that,” she warned.

Based on the Recycling Confidence Index, recently launched by TRP, people have a lot more confidence in the abstract outcome of recycling. Schussler said 78% of those surveyed said recycling makes an impact.

But again, only 47% said they think their items are always or usually made into new things, while 37% said they sometimes were. About 6% responded they thought the items were rarely made into something new, and 2% said they never were. The rest said they weren’t sure.

Dan Weston, representing the Washington State Department of Ecology, said his state did its own research after China’s National Sword policy came into play, and also found “overwhelming support for the concept of recycling.”

Finding the root of the issue

Schussler said there are “ways recycling is working and ways it is not,” and right now media stories are only showing the ways it is not working. There needs to be more of a push to tell people the ways it does work, she said.

Wes Schultz, a California State University professor of psychological science, said high-profile stories on the failures of recycling are logically and emotionally damaging because the public sees recycling as a moral issue.

He said it often feels like “a transgression or sin if something in the recycling bin ends up in the trash.”

Cooley said the negative media is just one part of the problem, with contamination and several other factors contributing. The industry has “put recycling up on a pedestal that was easy to knock down,” he noted.

“How do we thread that needle with messaging?” Cooley asked.

That’s exactly what Weston is trying to do in Washington. He told attendees that in its messaging, the state is “trying to balance the reality of what we know is happening with plastic recycling,” referring to low overall recycling rates, with what it would like to see happen.

“It’s more of a balancing act for us than a straight just trying to restore confidence in recycling,” he said.

While the panelists agreed that public confidence in recycling was low and needed to be restored, they had different suggestions for how to do so.

Schultz said he’s found the effects of messaging campaigns to be small. What needs to happen is to change the context of the behavior, making it simpler and clearer, he said.

“The problem is people get overloaded,” he said. “Looking strictly at behavior change, tell people what you want them to do, keep it simple, prioritize and make it easy.”

It’s also more important to get the system working first, rather than try to educate consumers at the same time, Schultz added.

“Focus first on the action and the attitudes and beliefs will follow,” he said. Billing recycling as a community-accepted activity will also help, Schultz said, as will highlighting successes such as the amount of material collected every day and the amount of people who recycle.

“We have great data, we have a great team, but it can’t just be us. We have to work on this together,” she said. “It’s kind of a hydra and we have to work together on it. The only way we can address it is with facts.”

In any messaging, you have to be careful of who the blame is placed on, Schultz added. One of his graduate students is currently testing how blaming consumers versus haulers or other actors affects consumer responses.

“Understanding these emotional responses people have and how we frame it can be critically important,” he said.

Haulers in King County, Washington have been meeting monthly for several years to coordinate messaging, Weston noted, trying to work together to reduce consumer confusion around recycling.

As part of a planned campaign, 30-second videos showing materials being collected, going to the MRF, being turned into plastic pellets and then manufactured into final products will be pushed out to consumers.

“For us, it’s just been an incremental approach to this campaign and trying to address one by one people’s issues,” Weston said. “We skip over assigning blame because … it takes too long to develop that messaging.”

Washington’s strategy is to focus on what’s most real and tangible, he said. For example, the videos will not focus on polypropylene because there are no local markets for it.

Even that approach has challenges, one of which is that the messaging cannot be harmonized throughout the state, Weston said.

The Puget Sound area, near Seattle, has a strong glass recycling market, but the Eastern part of the state has no market because of the mountain range dividing the two halves.

“There’s really no market, so how do we market and message that?” Weston said. “In the current system, harmonized messaging is impossible because it is so segmented.”

Overall, “as great as the voluntary efforts have been to try to collaborate, I think we need more,” Weston said. “It can’t just be outreach and education. It needs to be actual policy change.”

According to Chaz Miller from Miller Recycling Associates, the recycling community “needs to be much more vigorous in saying ‘wait, there is a very substantial plastic recycling industry’” which shows that recycling works and that many people take part in it.

However, people also need to accept that not everybody wants to recycle, and there will be some people who never change, no matter what policy or projects are undertaken, he said.

“We’re a nation of 330 million people and we do not walk in lockstep on anything,” Miller said, adding that there’s “way too much emphasis on policy and not enough emphasis on people.”

To increase recycling rates, Miller suggested starting with a fundamental question: who are we aiming at?

“Are we aiming at the true believers, are we aiming at that large section of people who want to recycle but need to know how to do it right or are we trying to convince those who just don’t care?” He asked. “I’d rather go hunting where the ducks are.”

This story has been corrected with an accurate population estimate for the United States.