MRFs move ahead with multi-million-dollar upgrades 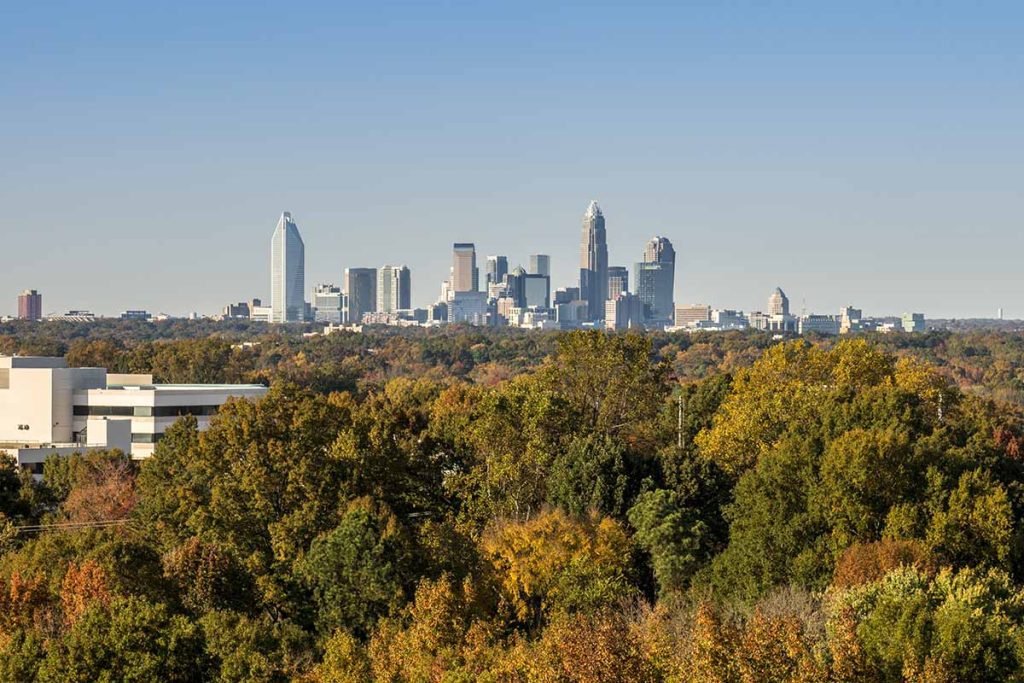 On either side of the country, major recycling players are investing big money into significant improvements to their facilities.

In North Carolina, one county is moving ahead with a nearly $25.7 million project to retrofit its aging MRF, which sorts and markets about 86,000 tons of paper and packaging per year.

Meanwhile, Waste Management (WM) announced it will invest tens of millions of dollars in its Pacific Northwest sorting facilities.

The Mecklenburg County Board of Commissioners on Nov. 15 voted unanimously to authorize staff to sign a $25.7 million contract with Van Dyk Recycling Solutions, which will retrofit the county’s MRF. Mecklenburg County, which includes the city of Charlotte, has a population of over 1.1 million people.

According to a presentation from county staff to commissioners, the facility, which is operated by Republic Services, serves Charlotte and a number of other nearby cities, recovering about 86,000 tons of paper and packaging during the 2022 fiscal year. But the MRF has equipment that’s 15-plus years old and is in desperate need of replacement.

“Our equipment is old. It’s failing. It’s over 15 years old, and it’s operated for the past eight years, two shifts a day, six days a week,” Jeff Smithberger, director of solid waste at Mecklenburg County, told commissioners during the Nov. 15 meeting. “This change will help us embrace technology, prepare for a more sustainable future in Mecklenburg County and it will optimize efficiencies using redundancies in automation.”

The retrofit is only part of a multi-stage plan envisioned by county staff. First, the county plans the MRF retrofit, a project that will take 14 to 18 months to complete. They also plan to build an interim MRF, at an estimated cost of $6.6 million, to process material while the MRF is closed for retrofitting. Smithberger said county staff would return to the board in the next three months to request approval to build the interim MRF.

Additionally, staff plan to seek approval to make modifications to the existing MRF to accommodate additional equipment. Smithberger said those are primarily walls and electrical feeds.

In its final and best offer, Van Dyk lowered its price from $24.5 million to $23.9 million. After adding contingency costs, the county arrived at the $25.68 million contract, county records show.

In their presentation, county staff noted that inflation has dramatically driven higher the estimated costs of the projects. In December 2021, the county estimated the cost of the MRF retrofit would be $11 million and the interim MRF would be $5.5 million.

To finance the increasingly expensive projects, Mecklenburg County is looking to rely on a combination of strategies: increasing residential recycling fees, borrowing more money from another city fund, and taking on more debt, the presentation shows.

The county was already planning to increase the fees households pay by about $2 per year in future years; now, they’re looking to increase rates by $5 a year over the next four years.

WFAE 90.7 radio, the local NPR affiliate, reported that city leaders approved the contract and borrowing from a landfill closure fund to help pay for the projects, but the proposed hike in household fees won’t come until they consider the county manager’s proposed budget next spring.

The largest garbage and recyclables hauler in North America, WM, is planning to spend about $56 million to purchase new sorting equipment for its Washington state MRFs.

According to a Nov. 15 press release, WM will upgrade facilities in western and eastern Washington. One plant will be fully rebuilt, and two others will be upgraded.

The biggest project is a $34 million rebuild of WM’s Cascade Recycling Center in Woodinville, Wash., in the Seattle metropolitan area. The project will entail installing optical sorters, ballistic separators, volumetric scanners and other technologies. The project is expected to wrap up in summer 2023.

On the east side of the state, near the Idaho state line, the WM SMaRT Center will be targeted for $15 million in equipment upgrades. That project is expected to start in 2023 and be complete by early 2024.

The third upgrade has already occurred: WM spent $7 million upgrading its JMK Fibers facility in Tacoma, Wash. That MRF had already been upgraded in 2019 with additional sorting equipment.

“WM is deploying cutting-edge technology to power efficient and high-tech recycling facilities,” Jason Rose, the company’s Pacific Northwest Area vice president, stated in the release. “It’s about reducing waste going to landfills and recovering more recyclables to be made into new products.”

The projects are part of WM’s multi-year, $800 million plan to upgrade recycling facilities around the country. The project involves building new, highly automated MRFs, as well as retrofitting existing ones with new sorting technologies.