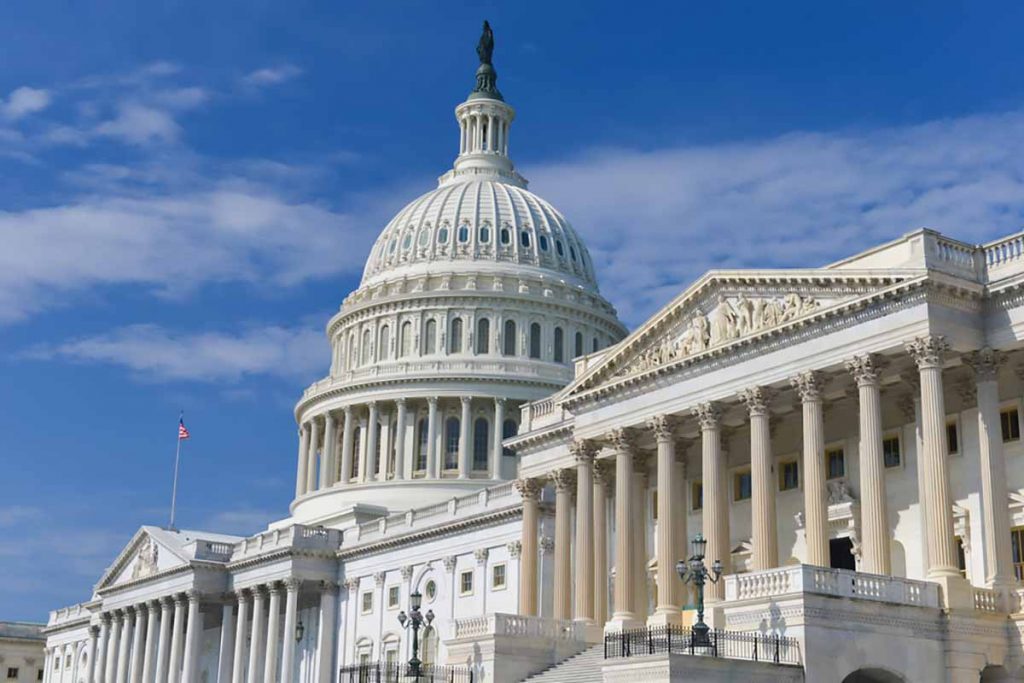 Hosted by the Northeast Recycling Council, the 2022 National Recycling Congress was held virtually on Nov. 9 and Nov. 10. | Orhan Cam/Shutterstock

Model extended producer responsibility bills and federal funding were two hot topics at the 2022 National Recycling Congress, with panelists calling for packaging reduction and a broad overhaul of the recycling system.

Enck emphasized that we “cannot pass weak laws” when it comes to EPR.

“I’ve got concerns with all four statutes on the books and I think they can be significantly stronger,” she said. For example, they should avoid “glaring loopholes and exemptions” like in California’s SB 54, which allows for exemption from mandates if the packaging provides unique challenges.

The National Recycling Coalition is “not trying to identify what is the best legislative bill to promote or endorse, but to identify ‘what are the key issues?'” Gedert said to the 171 people on the webinar.

Some of those key issues are establishing best practices and maximum benefits from programs without a producer responsibility organization (PRO) and reimbursing service providers for costs of systems with a “lock-box,” wherein fees paid on packaging will be used only for EPR purposes, Gedert said.

Gedert said any EPR system with a PRO should set up that PRO to finance but not operate the systems, make it subject to strong governmental oversight and transparency. “No PRO should be a monopoly,” he added.

“EPR bills that focus mainly on the end of a product’s useful life and distributing funds to recycling centers miss most of the original purpose of EPR and fail to minimize environmental impacts,” he said.

EPR bills should provide economic incentives for producers to “design their product better, while making sure the polluter pays and penalizing non-circular products,” Gedert said, and both products and packaging should be designed with the lowest life cycle impacts possible.

Both Gedert and Enck said there should be bans on all thermal processing of covered products and EPR bills should seek to minimize or eliminate toxic substances and incorporate justice, equity, diversity and inclusion.

“In your bill, when you define recycling, you have to be really clear that it does not include waste-to-energy or pyrolysis,” Enck said, along with any other forms of thermal processing.

Beyond Plastic’s model EPR bill includes a 50% reduction in packaging over 10 years through shifting to reuse and eliminating some forms of packaging, as well as making investments in not just recycling but also reuse and refill systems. It does not include compostable plastics as viable options.

“We need environmental standards for packaging that are clear and binding,” Enck said. “That will drive design changes for circularity along with eco-modulation fees.”

Enck and Ainsworth also emphasized that bottle deposit systems should be separate from EPR bills.

Bottle deposit bills are a “great complement to strong EPR,” as long as the older bills are modernized, Enck said.

Ainsworth praised bottle bills as a “powerful incentive to return containers for recycling” and said deposits are key for expanding reuse and refill programs.

However, Ainsworth warned that including bottles as a covered material in EPR for packaging bills “may make it more difficult to pass a bottle bill in the future, which is something worth consideration when designing your program.”

“Without a deposit as an incentive, EPR for packaging will never achieve the high return and recycling rates of a bottle bill,” Ainsworth said.

All of those goals require funding, and during the opening session, Nena Shaw, acting director of the Resource Conservation and Sustainability Division with the U.S. Environmental Protection Agency, laid out how a recent influx of federal funding from the Bipartisan Infrastructure Act will be put to use.

“That is huge for us, to have the vision and then the funding to implement – that has been a huge boon,” Shaw told the 179 people on the webinar, adding that she’s hoping to get funding for the Solid Waste Infrastructure for Recycling program (SWIFR) and the Recycling Education and Outreach program beyond the five years’ worth laid out in the law.

The EPA is also working on its 10-year national recycling strategy, and will have the second and third parts of the draft strategy out for review soon. Those sections deal with food loss, waste and organics and plastics.

“It is a huge, huge opportunity that is literally redefining almost everything we do in this division,” Shaw said, adding that “to say that we have been stretched to the max to create these programs is an understatement,” but it’s also an exciting honor because it’s rare to get the opportunity to set up new programs.