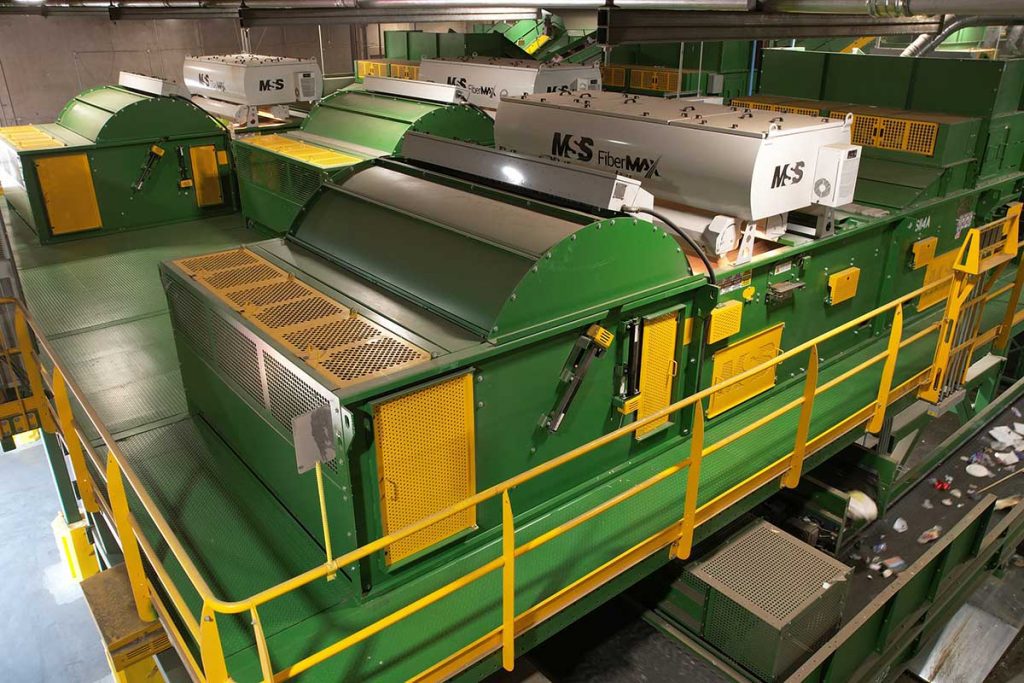 The installation of three dual-eject optical sorters has allowed a Northern California MRF to increase its paper capture rate with a lower headcount, the director of operations said.

Cal-Waste Recovery Systems installed four optical sorters from MSS, a division of recycling equipment provider CP Group, at its MRF in Galt, Calif., which is near Sacramento. Three of those units were installed as part of an addition to the fiber line, and the fourth went on the container line.

The FiberMax and PlasticMax installations were part of a $6 million MRF upgrade project the company undertook earlier this year. The project included construction inside the existing facility, electrical work, equipment and structural steel installation and more. The MRF, which sorts between 32 and 35 tons per hour, was only down for a few days while the equipment was installed, said Vaccarezza, who noted that the short duration meant the facility didn’t have to redirect any incoming loads of recyclables.

One of the reasons the shutdown was so short was the project involved tacking a new section onto the back of the existing fiber line, rather than breaking apart and re-engineering the existing line. Crews were also able to install steel support structures in advance of the shutdown.

How the dual-eject sorters work

Prior to the project, the fiber line used screens to separate larger from smaller fiber, and each stream passed through single-eject FiberMax sorters before undergoing manual QC. The retrofit essentially tacked on an automated system to replace most of the manual QC, Vaccarezza explained.

Now, the large fiber/OCC and small fiber/OCC each go into separate dual eject FiberMax units, which eject OCC upward for baling, allow mixed paper to pass straight through to the baler, and eject all prohibitives downward, according to a diagram provided by MSS. 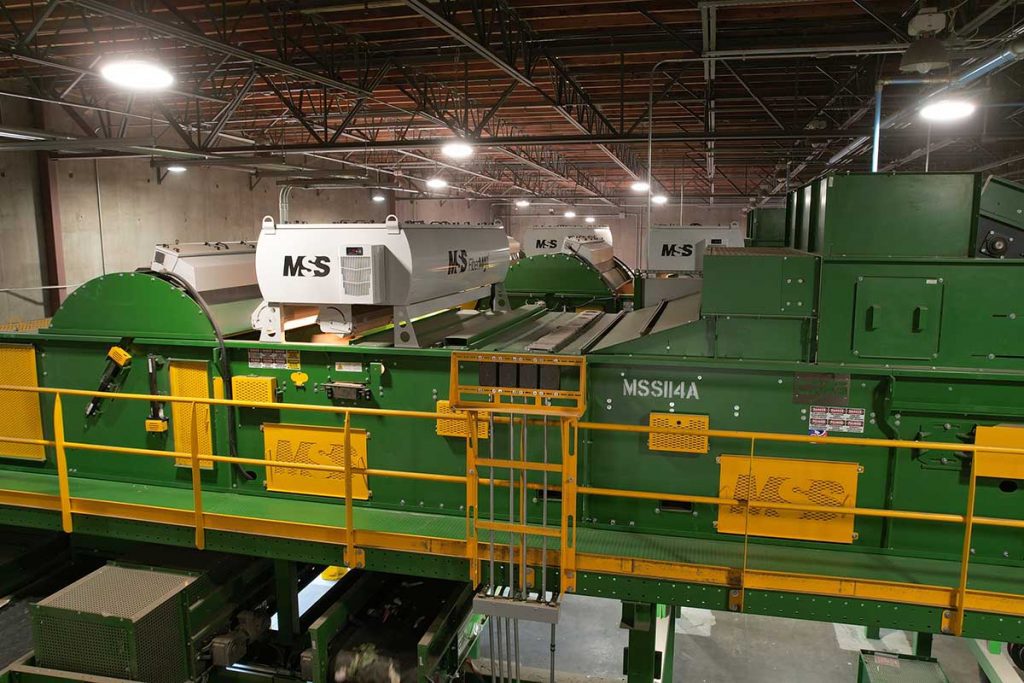 The prohibitives move into a third dual-eject sorter, which gives recyclables missed by earlier steps one last chance to be recovered. This Re-Circ FiberMax ejects the mixed paper upward for baling, allows residue to pass through for disposal, and ejects downward all containers, which are carried into the container-sorting line for further sorting (this Re-Circ also takes all the non-fiber that passed through the original single-eject sorters).

Additionally, the PlasticMax is removing fiber from the container line, he said.

The result is an increased fiber capture rate and a decreased quality-control staff headcount. The headcount decreased by three per shift on the paper line and one on the OCC line. Because the MRF runs on two shifts, that comes out to eight positions.

Vaccarezza noted that a lot of those employees shifted to maintenance and cleaning positions, helping reduce facility downtime.

After the retrofit, five QC staff remain on the fiber lines. One is working the OCC stream and the other four are cleaning up the mixed paper line, he said.

The additional equipment has made the QC staff’s job “dramatically less labor intensive,” Vaccarezza said. “It truly is like a QC position, even more so than it was before – just trying to pull a bag off here or there and just keeping an eye on the material flow.”

The optical sorters also give Cal-Waste the flexibility to refine the product mix a little more, he said. That could include creating sorted residential paper-specification bales.

“We already had the ability to do that with the current optics that we were running, but adding three more fiber optics, that really does help us to be able to really refine what shows up on each fiber line,” he said.

The project has created new challenges, however. Vaccarezza noted that the addition of three dual-eject optical sorters means using a lot more air, which will require Cal-Waste to install another air compressor. The other challenge is the equipment has increased the container capture rate by a couple of percentage points, which was more than expected. As a result, the container line is a little overwhelmed, prompting the company to look at further automating it, he said.

This isn’t the first upgrade for the Cal-Waste MRF, which was rebuilt in 2020 with CP Group equipment. It was among the first adopters of CP Group’s Auger Screen, which is designed to avoid wrapping by film, hoses or other tanglers.