Our top stories from August 2022 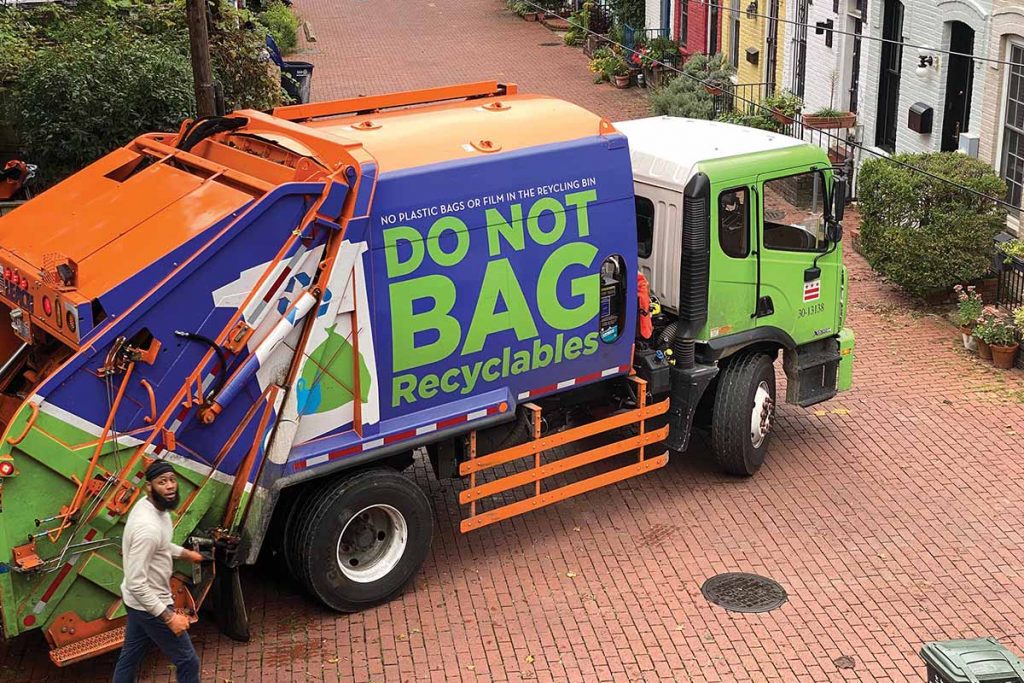 News that Washington, D.C. and Fayetteville, Ark. were named the 2022 Recycling Programs of the Year drew attention last month. | Courtesy of the city of Washington, D.C.

The 2022 Program of the Year award winners, a sharp bale pricing downturn and other news drew our readers’ clicks last month.

1 | Two cities nab awards for program excellence
Washington, D.C. and Fayetteville, Ark. have been named the 2022 Program of the Year winners by Resource Recycling.

4 | Analysts: US OCC recycling rate may be below 70%
Two corrugated industry experts have crunched the numbers and concluded that the OCC recycling rate is likely much lower than estimates published by the paper manufacturing sector.