The road (back) to recovery

Paper recycling is a given in most communities, and it’s been that way for decades. However, in May 2019, the city of Lexington, Ky. suspended curbside paper collection.

A number of factors affected that decision. The changing recycling stream now includes more lightweight containers (mostly plastic) and smaller-sized paper and OCC, which can be more challenging to sort.

Realities on the ground at Lexington’s aging materials recovery facility (MRF), owned and operated by the Lexington-Fayette Urban County Government (LFUCG), compounded the issue, with more plastic film and other stringy materials entering the stream and becoming wrapped in the facility’s almost decade-old screens setup.

In addition, contamination rates were high and the MRF struggled to meet more stringent mixed paper bale standards in the wake of China’s National Sword policy.

With insufficient domestic end markets for the existing materials and with little space to store bales, LFUCG was stuck. Producing marketable paper products had become too labor-intensive to be economically viable.

“The residents wanted to recycle paper even after the suspension, as evidenced by the use of yellow drop off bins located throughout the city,” stated Tracey Turner Thurman, director of the Division of Waste Management for the city of Lexington/Fayette County. “People were unhappy, but the city was determined to find a way back to recycling paper.”

Ultimately, Lexington was successful at bringing fiber collection back into the program, allowing curbside collection of the material to resume in May of 2022 after a three-year suspension.

The key was retooling the LFUCG MRF, and this is the story of how that happened.

During early summer of 2020, Lexington worked with consultancy Resource Recycling Systems (RRS) to identify what was needed to upgrade the MRF and get the community back to recycling curbside paper. By early spring 2021, Lexington, RRS and equipment provider Machinex Technologies had finalized design plans for upgrading the fiber line.

A $4.2 million upgrade was needed at the LFUCG MRF, which operates one shift per day and processes 20 tons of material per hour to serve a population of over 320,000. As part of the annual budget process, the upgrade funding was requested and approved by Lexington’s mayor and full council.

The MRF staff had several tasks to manage in preparation for the demolition and installation. Lexington had to hire separate contractors to install new electrical drops, relocate lights and sprinklers, and install a new overhead door and an access ramp, among other projects.

Even after successfully preparing for the start of Machinex’s on-site work, problems arose. Since the upgrade was a retrofit, several issues with old equipment were uncovered, including necessary repairs to walking floor bunkers, a worn conveyor bed frame and electrical connections.

Clear communication and quick budget approvals allowed the project to stay on schedule. 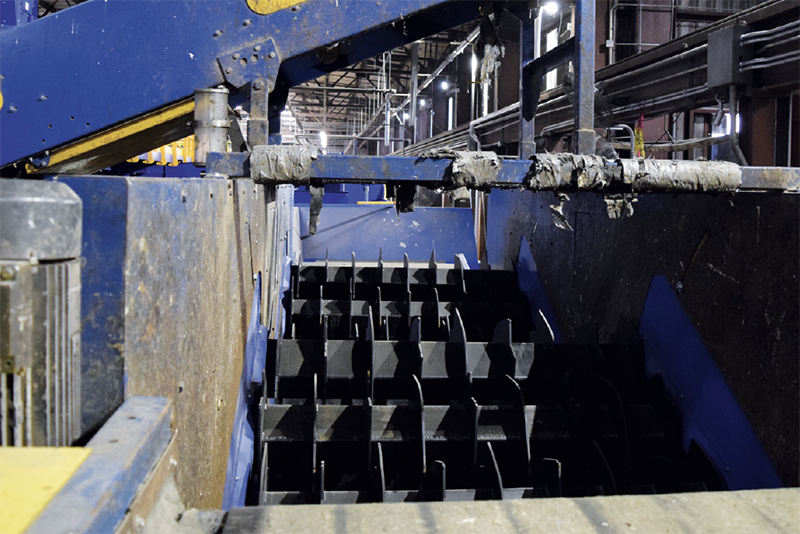 The refurbished OCC screen in the Lexington, Ky. MRF.

The retrofit significantly reworked the way materials move through the Lexington MRF, with innovation lifting the process at multiple points.

Material is fed into the new system through the existing drum feeder, which ensures a consistent feed rate of material to the pre-sort stations and to a refurbished OCC screen, designed with larger shafts to help prevent excessive wrapping from film and other stringy materials. It also reduced disc spacing to increase capture of small OCC.

The new scalping disc screen helps reduce wrapping and better directs glass to a new glass breaker/fines screen. The primary ballistic separator separates large paper from the rest of the stream, and the second (polishing) ballistic separator separates 2D materials from 3D materials and also drops out fines that were not separated at the glass/fines screen.

“The ballistic separators work to further separate paper from containers, and compared to the replaced disc screens, are much less prone to material wrapping,” said Christopher Hayes, senior project manager with Machinex. “Ballistic separators provide for more constant sorting over the lifetime of the machine and require less downtime for maintenance due to fewer wearable parts and the elimination of regular disc change-outs necessary for rubber disc screens to maintain a consistent sort.”

Fiber material from the new primary ballistic sorter moves to a new dual-eject optical sorter designed to further refine the stream in order to make a sellable product. The fiber-cleaning optical sorter has two settings: one in which small brown fiber is isolated and another in which high-grade and low-grade fiber are extracted, allowing for customization based on end-market requirements.

Not only does the new system refine the fiber stream, but at multiple instances it allows for capture of missed materials, such as containers, moving them back to the start of the container line. The conveyor on which the non-fiber material from the fiber cleaning optical sorter falls can send material to trash or the container line, depending on the position of a diverter.

Additionally, both manual fiber sort lines have chutes for containers, sending that material to the container line.

“The equipment upgrades in the LFUCG MRF not only allow for the return of paper recycling but will have positive impacts on the quality of material sorting, including paper, glass and containers,” said Kerry Sandford, senior engineer with RRS. 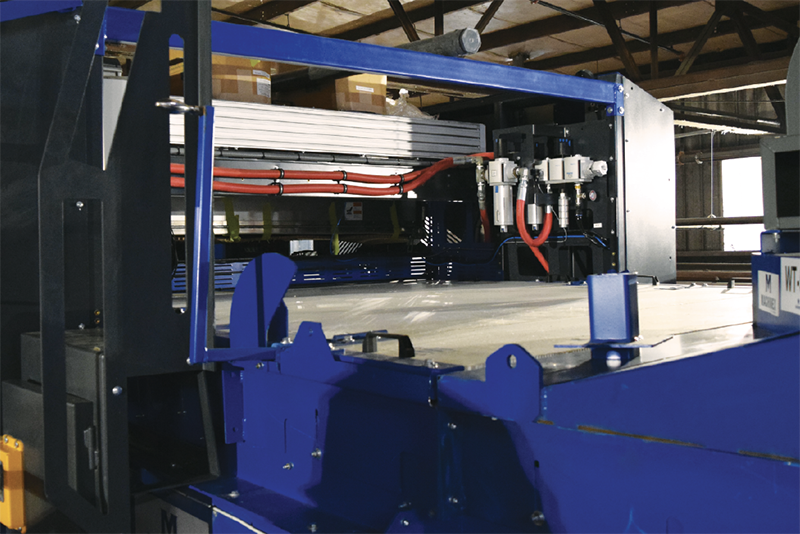 A new optical sorter at the plant separates PET containers, cartons and other containers.

Containers from the aforementioned container return conveyors and those from the polishing ballistic separator pass through a new dual eject optical sorter where the stream is divided into 1) PET containers, 2) cartons and other fiber and 3) other containers. This optical sorter, funded through a grant from the Carton Council of North America, allows the MRF to accept cartons and create a Grade 52 aseptic packaging and gable-top carton bale, a commodity the MRF has never produced before.

Along with Grade 52 bales, the MRF has the ability to produce Grade 54 (mixed paper) and Grade 56 (sorted residential paper) bales from the incoming mixed paper and is currently selling material to mills that produce paper cups, tissue, packaging, printing paper and other paper products.

“The Carton Council is excited to be a part of this upgrade to reinstate paper recycling, including the valuable fiber obtained from food and beverage cartons,” said Jason Pelz, vice president of recycling projects at Carton Council North America and vice president of sustainability for the U.S. Canada, Central America and Caribbean at Tetra Pak. “Recycling paper is more important than ever to ensure there is enough feedstock available to make new sustainable products. This optical sorter aids in capturing valuable material and reducing contamination of other material flows.”

Originally a building built for processing steel, the Lexington MRF has seen several upgrades. It moved to single stream in 2010, added glass cleanup in 2012, and the recent fiber and container line retrofits went live in April 2022.

Due to Lexington’s dedication to providing the best possible recycling services to their residents, local stakeholders embraced the challenge of an evolving stream and shifting markets. The improvements to the MRF have resulted in recovery of high-quality paper and cartons, as well as a more efficient system for recycling materials overall.