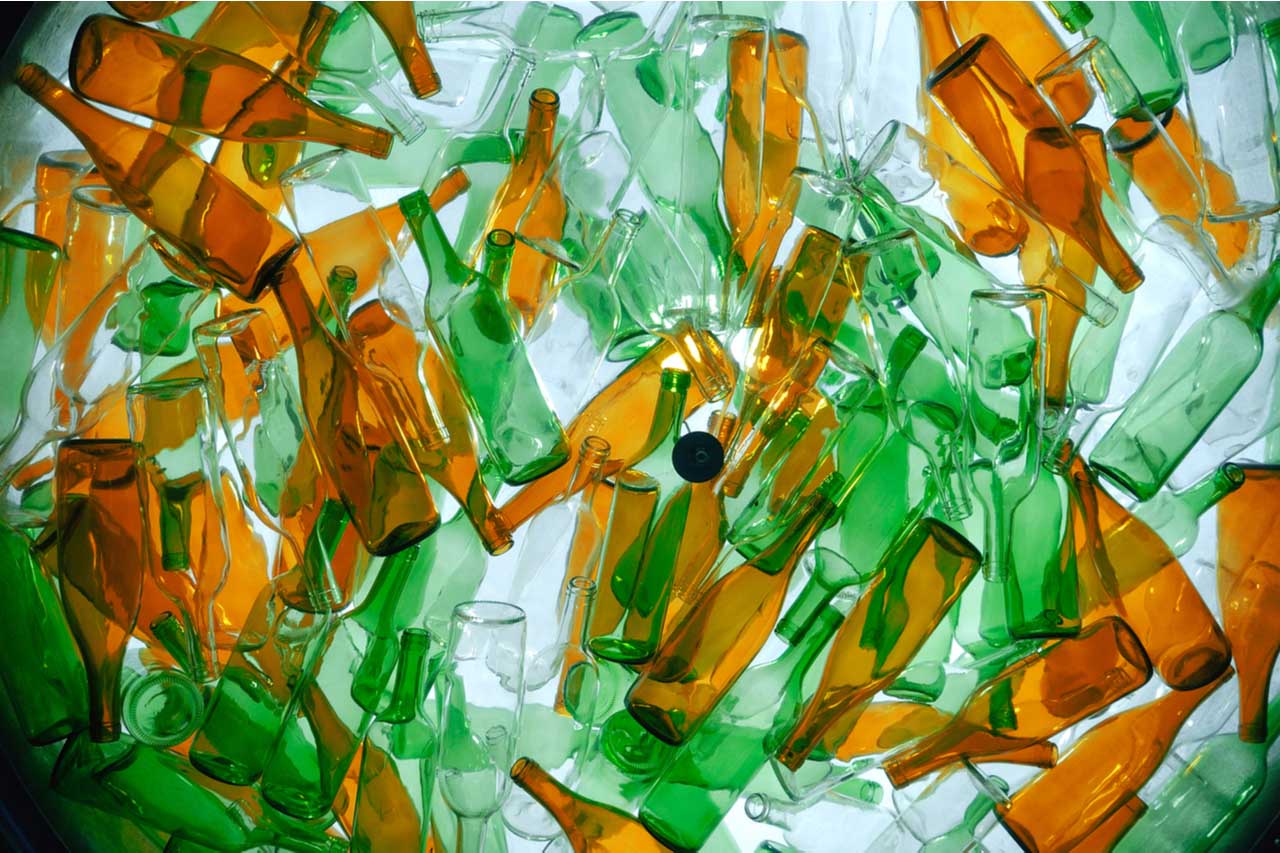 Colorado’s recycling market development program gave its top award to a company that has GHG reduction and glass recycling baked into its business.

The NextCycle Colorado program announced that the winner of its 2022 NextCycle Pitch Competition is Delta Brick and Climate Company, a Montrose, Colo. firm that recycles post-consumer glass and clay sediment into building materials, including bricks.

The company, which also produces electricity from methane generated by abandoned coal mines, provides a market for post-consumer glass powder that’s too fine for recycling into bottles, fiberglass insulation or sand blast medium.

Christopher Caskey, who founded the company in 2018, told Resource Recycling the company uses clay that has accumulated in the Paonia Reservoir and has reduced its water-storage capacity by about one-third. The local irrigation district reimburses the company’s costs to dig up the material. At the same time, Salt Lake City recycling company Momentum Recycling, which runs a glass cleanup plant, is selling post-consumer glass powder to Delta Brick and Climate Company, which mixes and fires the materials into ceramic bricks.

The glass, which makes up about 5% of the bricks, improves their physical properties, he said.

“I do know we’re a welcome addition to the market,” he said.

NextCycle Colorado is funded by the Colorado Department of Public Health and Environment (CDPHE), in partnership with research and consulting firm Resource Recycling Systems (RRS), which provides management and technical support services.

Through a competitive process, the program selects new and expanding Colorado businesses and connects them to the resources and expertise needed to reach a point where they’re investor-ready, according to a press release.

CDPHE’s Recycling Resources Economic Opportunity program has awarded NextCycle teams over $1.5 million in grants since the program’s inception in 2018, according to the release.

Since the launch of NextCycle Colorado, similar programs, also supported by RRS, have begun in Michigan and Washington state.

Caskey said he applied to the program in 2018 but was not selected. But after re-applying, his company won the 2022 pitch competition, held in June after a four-month business accelerator program funded by CDPHE. As the winner, Delta Brick and Climate Company will receive a $5,000 cash prize from RRS. Caskey has also been introduced to two investment organizations, Closed Loop Partners and the Colorado Impact Fund, to discuss possible investments to help scale up.

In 2022, the People’s Choice award was given to RepEATer, a reusable food container provider in Boulder.

Other teams participating in the 2022 pitch competition, which was held in Boulder on June 22, included those recycling plastics, waste quarry materials, residential food scraps and paper.

The NextCycle award comes as Delta Brick and Climate Company is outgrowing its 2,300-square-foot factory in Montrose, a town in the mountains in west-southwest Colorado.

“We are bursting at the seams, so we are going to need to raise money for an expansion,” Caskey said.

His company manages a separate Colorado facility that destroys methane seeping up from abandoned coal mines to generate electricity, he said, noting that some of the gas is simply flared off to keep it from entering the atmosphere. The company’s goal is to build its manufacturing plant on land near an abandoned coal mine, so that the methane can be used to power the facility directly, he said. Currently, the kilns are using standard gas and electricity service.

“We want to be destroying that gas in a ceramics kiln and using the heat to effect the transformation of the clay to the ceramic,” Caskey said.

Delta Brick and Climate Company is cash-flow positive for the first time. Past low-interest loans provided by private entities and grant funding from state and local governments allowed the company to buy bigger equipment, which allowed it to meet increasing customer demand, which pulled its financials into the black.

“We’re no longer losing money, which is great,” he said.

His company makes both bricks and tiles, but the tiles aren’t made with post-consumer glass because the glass messes with the glazes, he said. The majority of the weight sold by the company is in the form of bricks, but the majority of revenue comes from tiles, some of which are custom-made.

The cash flows, while positive, still fall short of what’s needed to finance the new plant with debt alone, he said. Accordingly, he envisions a mix of debt and equity financing.

That’s where the conversations with the investors will come in.

He said some investors are attracted to backing software companies, for example, but “it seems like the ones we got introduced are more interested in harder problems, so that’s helpful.”

He noted the company’s activities involve both climate adaptation – increasing water storage capacity in the West, where drought conditions are becoming more common – and climate mitigation, by preventing methane, a potent greenhouse gas, from entering the atmosphere.

Those benefits are important for Caskey, a scientist by background. In fact, he first developed the idea for the methane capture and ceramic products, he said, while working as a research assistant professor at the Colorado School of Mines on carbon dioxide capture and storage work and while volunteering with a nonprofit organization focused on mitigating methane from abandoned mines.