This spring has seen the introduction of a bill in the Colorado legislature focused on extended producer responsibility (EPR) for packaging and printed paper (see story). If passed, the legislation (HB 1355) would establish a framework in which packaging and paper stakeholders pay into a system to support municipal recycling.

One talking point in the national conversation over EPR has been the fact that paper recycling has generally seen strong recovery rates and also has domestic end markets in the form of North American mills. And in fact on April 27, the American Forest & Paper Association held an online press conference outlining the group’s concerns with the Colorado bill.

But Recycle Colorado, an organization representing recyclers and others, recently released a report noting that in the Centennial State, the overall paper recycling rate is 27%. That is less than half of the U.S. average. “Through a producer responsibility policy, Colorado can transform its current recycling system from a disjointed, confusing, and inconvenient patchwork of programs into a coordinated, equitable, and cost-effective statewide system,” Recycle Colorado stated in its report. 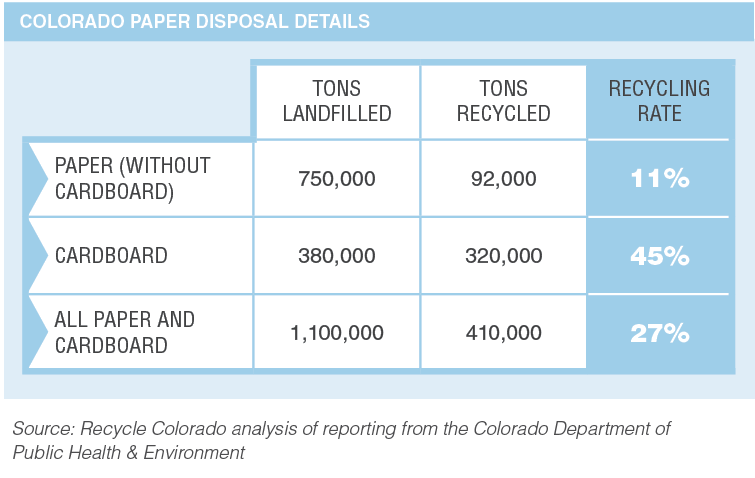