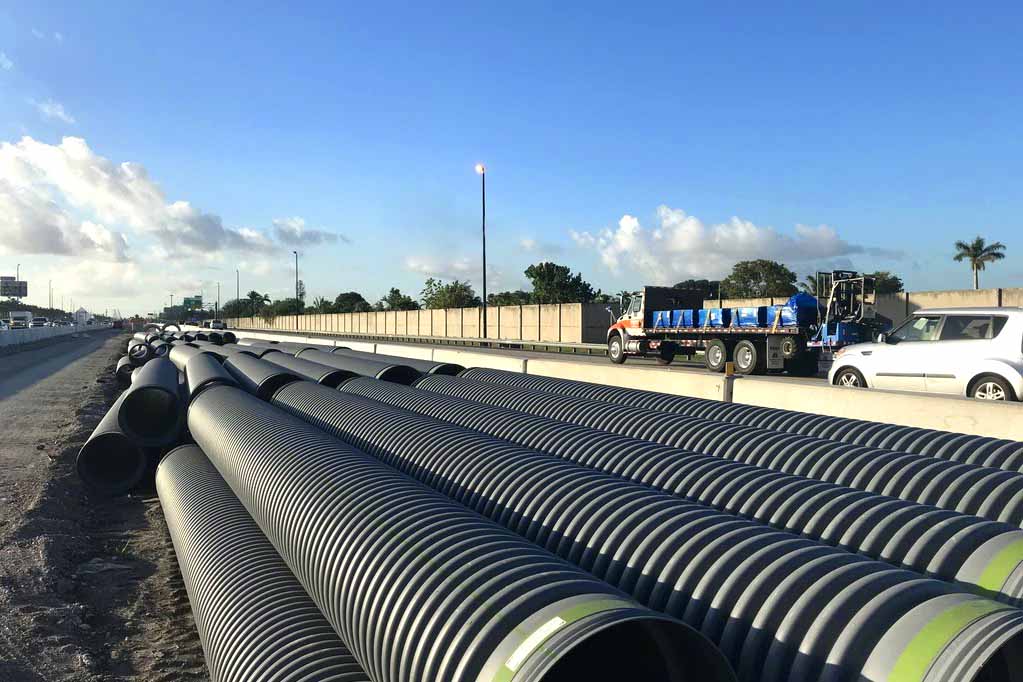 In the company’s annual report, ADS showed gross profit was over $800 million, up 16% from the previous year. | Courtesy of ADS

A manufacturer of pipes, septic systems and related products, ADS uses hundreds of millions of pounds of recycled HDPE, PP and PS each year. According to its annual report, it now consumes about 600 million pounds of post-consumer HDPE annually.

Earlier this month, Plastics News placed ADS at the top of its latest rankings of North American recycling companies and recycled resin brokers, estimating that it recycles 647 million pounds of plastic a year.

ADS was affected by fast-changing recycled plastic prices over the past year.

According to RecyclingMarkets.net, the average North American price for bales of color HDPE fluctuated dramatically over the prior year. It reached a record high of over 58 cents a pound in September 2021, only to fall to less than 20 cents in February 2022. Two years ago, it was 3.6 cents a pound.

In its annual report, ADS noted that rising costs for materials held back its profits to some degree. ADS’ gross profit was over $800 million, up 16% from the prior year, with the company attributing the overall increase to greater sales volume and favorable pricing on pipe, on-site septic and allied products.

But the increases were partially offset by higher feedstock, transportation and labor costs, as well as an increase in the use of third-party logistics services, the report noted. Earlier this year, two ADS executives discussed the impacts of fluctuating recycled resin prices in an interview with Plastics Recycling Update.

A version of this story appeared in Plastics Recycling Update on May 25.