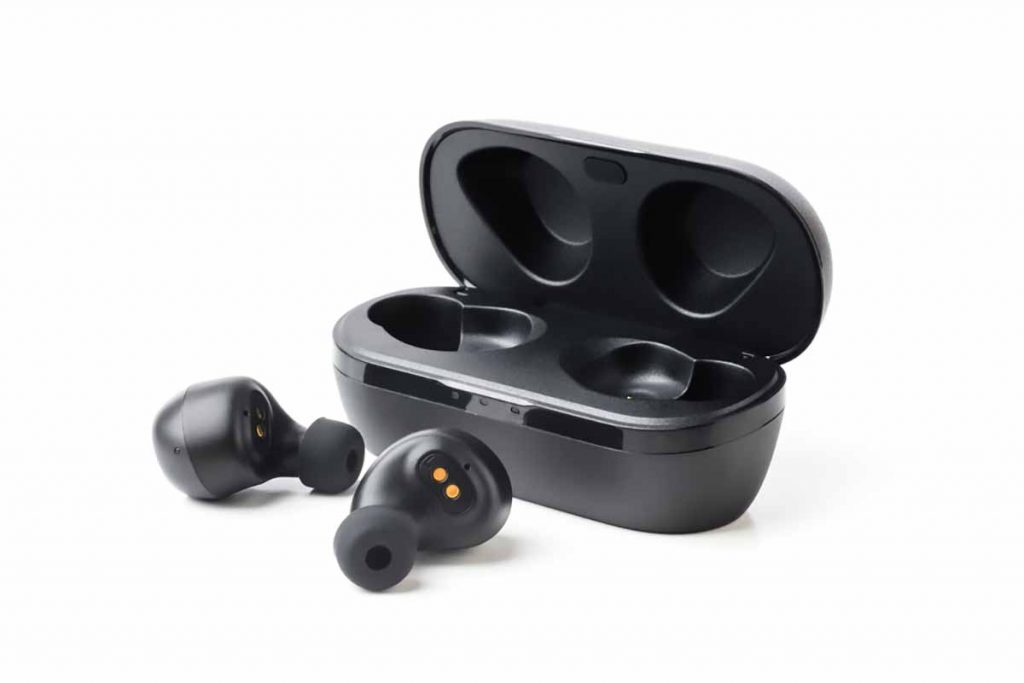 A presenter at NERC’s Spring 2022 Conference noted wireless headphones among the many battery-containing devices that are challenging for recycling processors. | aperturesound/Shutterstock

The looming wave of lithium-ion batteries that will need to be recycled generated an engaged discussion at the Northeast Recycling Council’s Spring 2022 Conference.

Panelists from a wide range of industries came together to talk about the pressing need for more comprehensive battery recycling in “The Sustainability of Batteries: Exploring Emerging Strategies” session. The conference, held April 12 and 13, was virtual and focused on “Seeking Circularity with Non-Traditional Solutions.”

Mitchell Colbert, head of social and environmental impact for vape company Vessel, addressed barriers to battery recycling in the cannabis and vape industries.

“They were under the gun to get something written and they didn’t always think things through,” he said, noting that legislators in Colorado were “aghast to realize they accidentally banned recycling” of vape batteries and went back to amend the laws.

On top of that, many vape devices are purposefully designed to be difficult to open, to prevent consumers from refilling cartridges themselves and possibly causing harm.

“There’s been a push to design cartridges that cannot be opened by consumers but can be on the recycling end,” Colbert said, adding that he’s been working to help cannabis companies see the incentives to be more environmentally friendly with their designs.

The newness of the industry also means there’s a host of proprietary devices and no standard designs, making recycling all the more challenging. And in most markets, cannabis residue is considered a form of hazardous waste and must be dealt with by someone with a handler’s license. That means there also needs to be a pre-recycling cleaning process, Colbert said.

“There are countless ways to recycle them, made even more complicated by state regulation on both waste and cannabis,” he said. “It’s a frustratingly complicated process that I hope will get easier over time.”

In more established markets, the barriers are mainly public education and access, said Ashlee Barker, senior manager of special waste with the Bureau of Recycling and Sustainability for the New York City Department of Sanitation.

“A lot of people inherently want to do the right thing with items but don’t know where these batteries are supposed to go,” she said. “Here in New York City, access and convenience are key.”

“We need to make it easier to know where you can take the batteries at the end of their life,” he said to the roughly 80 attendees.

Max Hickey, business development associate at battery recycling startup Li-Cycle, added that as batteries are everywhere in a variety of sizes, there needs to be clearer messaging on how to deal with them.

“You have batteries in small wireless headphones, vape devices, and they’re extremely challenging to remove,” he said. Along with those small batteries, there are also more electric vehicle batteries to process. As the new generations of electric vehicles emerge, Hickey said recyclers will be going from handling batteries that weigh a few ounces to ones that weigh several pounds.

That’s why Li-Cycle is building so much capacity, Hickey added, in anticipation of that growth.

“Everybody is adjusting to what is a new problem but will be a really big problem in the future,” he said.

Latham said along with consumer education at point of purchase, there needs to be education at collection points to ensure worker safety. Call2Recycle launched an E-bike battery recycling program in March that includes an online safety training for all collection sites.

Latham said in his view, everyone has a part of the responsibility to recycle batteries correctly. The OEM’s responsibility is providing funding, the retailer’s is to educate the consumer and to become a collection site, and the consumer’s is to vote with their wallet and ensure the battery goes to the right place at the end of its life, he said.

Barker said the key is that legislation “has to be practical for all the parties.”

“On the sanitization side, we don’t control how these products are made. We just have to deal with them when they’re being disposed of, often improperly,” she said, so having input on such bills would be helpful.

Hickey said he thinks EPR is most useful when it’s nationwide, instead of state- or province-wide, and that industry needs to take the lead.

“The OEMs are recognizing the importance of a circular economy instead of linear,” he said. “That’s very positive.”